THINGS THAT MAKE A BIRTHER SMILE! 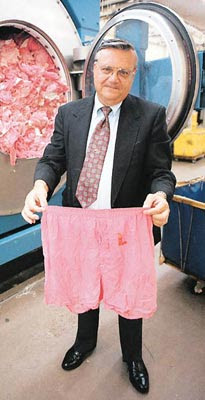 3:00 eastern time on 3/1/2012:  Sheriff Joe Arpaio of Maricopa County, Arizona will release his investigation into Obama’s eligibility to be president of the United States‼!  The press conference will stream live on WND (World Net Daily).  The presser is a sellout!
The topic of discussion will be a Cold Case Posse into concerns about Obama’s eligibility to be president. It’s the first time an official law enforcement report has addressed many of the allegations about the presumptive 2012 Democratic nominee for president.
The issues include Obama’s eligibility under the U.S. Constitution’s requirements, questions about his use of a Connecticut Social Security number and the image of his purported birth certificate from Hawaii.
In addition to the live-streaming, WND will make available to the public, the same day by email, the official report distributed to media by Arpaio’s investigators. Those interested in receiving the report can sign up for the free service.
http://www.wnd.com/2012/02/media-finally-paying-attention-to-eligibility/
at February 29, 2012 No comments:

JUST A REMINDER OF WHAT WE ARE UP AGAINST IN NOVEMBER...

Obama abandoned his earlier campaign slogan - WIN THE FUTURE - a/k/a/ as WTF and picked up a new mantra: FAIR SHARE.  He uses the line 'the rich should pay their 'fair share' more than he uses 'I' lately. [And that is a lot!]  In a poll conducted by The Hill they found.....

Despite President Obama and Democrats’ insistence that the rich “pay their fair share,” three-quarters of likely voters believe the nation’s richest should pay lower, not higher, taxes.

The big majority opted for a lower tax bill when asked to choose specific rates; precisely 75 percent said the right level for top earners was 30 percent or below.

The current rate for top earners is 35 percent. Only 4 percent thought it was appropriate to take 40 percent, which is approximately the level that President Obama is seeking from January 2013 onward.

If this poll is valid, then the 'O' needs yet another devisive, demonizing slogan.  Poor Barry....

Email ThisBlogThis!Share to TwitterShare to FacebookShare to Pinterest
Labels: tax the rich 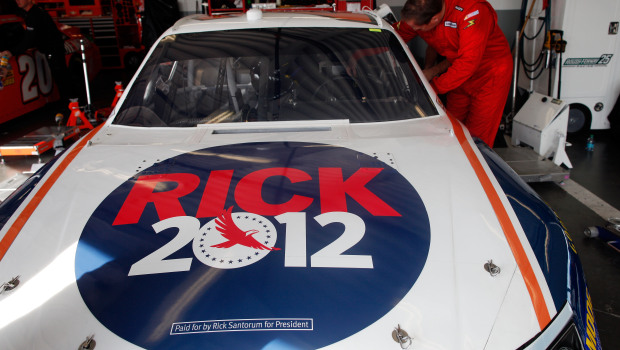 Mitt Romney took most of Sunday off the Michigan campaign trail to jet to Florida to attend the Daytona 500. The Republican presidential candidate had hoped his appearance there would remind voters here that he is a car enthusiast.

But the race was postponed because of rain, and Romney made another extemporaneous remark that underscored the caricature that his political opponents are pushing of the former Massachusetts governor as a wealthy, out-of-touch elitist.

Asked by an Associated Press reporter as he was greeting NASCAR fans whether he follows the sport, Romney said: “Not as closely as some of the most ardent fans. But I have some great friends that are NASCAR team owners.”

ROFLMAO! Notice that Romney's friends are TEAM OWNERS, not mechanics or timekeepers, or jack operators.
Santorum is sponsoring a CAR - #26 driven by Tony Raines - car has a big circle on the hood that says RICK 2012. Santorum said their strategy for the Dayton 500 [still under a rain delay] will be to hang back, let the others knock each other out - and then head for the finish line!!!! I bet Romney doesn't even know which way the drivers turn going around the track!
http://www.washingtonpost.com/blogs/election-2012/post/mitt-romney-trades-campaign-trail-for-daytona-500/2012/02/26/gIQAMsHpcR_blog.html
at February 27, 2012 No comments:

How badly does Obama want the Jewish vote?  Well, we are about to find out. 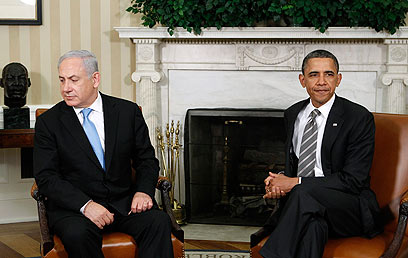 Israeli Prime Minister Benjamin Netanyahu will be in Washington the first week of March to deliver a speech at the annual conference of the American Israel Public Affairs Committee (AIPAC) lobby group.  The meeting is scheduled to run March 4-5-6.   [AIPAC is THE place for American politicians to be seen, because this is a pro-Israel organization.]

It seems that President Obama has invited Mr. Netanyahu to visit the White House on March 5.  I’m guessing tensions will be high between these two world leaders, considering the Iran situation.  I will be curious to see if Mr. Obama will excuse himself from the meeting to go into the private quarters to dine with his family.
Recall the various humiliations Obama served up to Netanyahu since March of 2010.
The White House denied Netanyahu the red carpet treatment generally afforded to visiting heads of state.
The Israeli prime minister and Obama didn’t pose for photos together, and Netanyahu was excluded from dinner with the president Tuesday night.
When Netanyahu wouldn’t agree to concessions, Obama left a meeting with him, though he invited Netanyahu to stay at the White House, talk to Obama advisers and “let me know if there is anything new,” a U.S. congressman who spoke to Netanyahu, told The Times of London.
“It was awful,” the congressman said.
One Israeli newspaper called the meeting “a hazing in stages,” conducted in such an adversarial environment that the Israeli delegation eventually left, worried that their White House phone conversations were being bugged.
Another Israeli paper wrote that Netanyahu received “the treatment reserved for the president of Equatorial Guinea”.
http://www.newsmax.com/InsideCover/Obama-Snubs-Netanyahu-White-House/2010/03/26/id/353950
A year later the tension boiled over again when Obama ambushed Netanyahu on the eve of another visit by announcing his intention to make the 1967 lines be the starting point for future peace negotiations. But the ploy backfired on Obama when even most members of his own party backed Netanyahu’s opposition to the stand. Barack was forced to endure a public lecture by the prime minister on the topic of Israel’s security and then look on as Netanyahu was cheered like a conquering hero by a joint meeting of Congress.
But it is impossible to ignore the political implications of this March 5 summit. With evidence mounting that Obama and the Democrats have been bleeding Jewish support in the last year, the visit will take the president’s charm offensive aimed at convincing the Jewish community he is Israel’s best friend to a new level. Netanyahu has good reason to play along with Obama’s pretense, as he may have to go on dealing with him until January 2017. [gag!]
http://www.commentarymagazine.com/2012/02/21/obama-charm-offensive-jewish-israel-netanyahu-visit/
at February 25, 2012 No comments:

Well the internet is absolutely aflame with stories and blogs about children’s home packed lunches being inspected by the soup Nazis to see if they are nutritious. 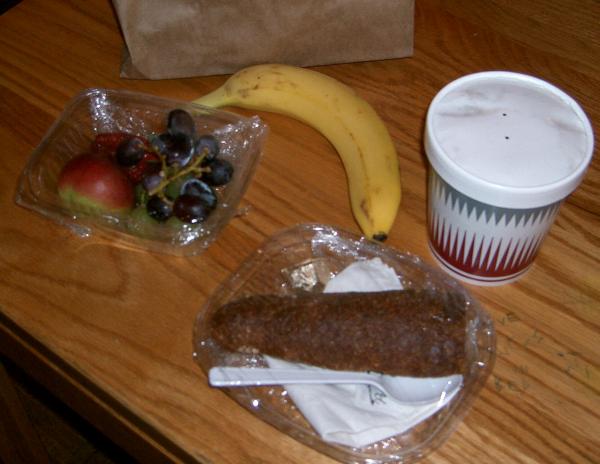 THIS IS ABSURD AND IS A FRIGHTENING EXAMPLE OF GOVERNMENT INTRUSION INTO PRIVATE LIFE!
A preschooler at West Hoke Elementary School in Raeford, NC ate three chicken nuggets for lunch Jan. 30 because a state employee told her the lunch her mother packed was not nutritious.
The girl’s turkey and cheese sandwich, banana, potato chips, and apple juice did not meet U.S. Department of Agriculture guidelines, according to the interpretation of the agent who was inspecting all lunch boxes in her More at Four classroom that day.
W!
T!
F!
If I want to put a 6-pack of Hershey bars in my child’s lunch – THAT IS MY FUCKING CHOICE AS A PARENT!  It is NOT Michelle Obama’s dumbass Let’s Move’ program’s prerogative to oversee and TOUCH my child’s lunch!  [Ed. Note:  She can 'move' her fat ass out of the White House!!!]
“But wait!
The Division of Child Development and Early Education at the Department of Health and Human Services requires all lunches served in pre-kindergarten programs — including in-home day care centers — to meet USDA guidelines. That means lunches must consist of one serving of meat, one serving of milk, one serving of grain, and two servings of fruit or vegetables, even if the lunches are brought from home.”
I am here to tell you – if ANYONE pretending to have authority over what I pack in my child’s lunch EVEN FRIGGING TOUCHES THAT LUNCHBOX – their ass better find a lawyer, because as God is my witness, I will see their liberal ass in court!
at February 15, 2012 11 comments: 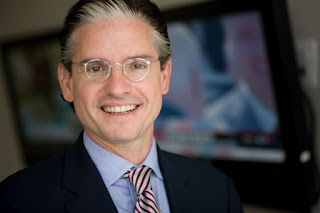 There’s a news article today about an organization called Media Matters – a liberal ‘watchdog’ organization hell bent on destroying conservatives and conservative journalists.  It’s also said that they are in daily contact with Valerie Jarret, Obama’s ‘girl Friday’ in the White House, for what are called ‘strategy sessions.’  Questionable as ethics go, but who’s going to make a stink out of it?
According to Wikipedia, …Media Matters for America (MMfA) is a politically progressive media watchdog group which says it is "dedicated to comprehensively monitoring, analyzing, and correcting conservative misinformation in the U.S. media."  Set up as a tax exempt, non-profit organization, MMfA was founded in 2004 by journalist and author David Brock.  Media Matters for America defines 'conservative misinformation' as "news or commentary presented in the media that is not accurate, reliable, or credible and that forwards the conservative agenda."
As an aside, it was Media Matters that jumped on the Don Imus comment about black players on the Rutgers girls basketball team, referring to them as "nappy-headed hos."  CBS eventually fired Imus from his long-running radio show.
Hmmmmm..  does the name David Brock ring any bells?
Brock was a conservative journalist during the 1990s, gaining notoriety for his book The Real Anita Hill [1993] and later authoring the Troopergate story [1994], which led to Paula Jones filing a lawsuit against Bill Clinton.  Among other things, the story contained the first printed reference to Paula Jones, referring to a woman named "Paula" who state troopers said offered to be Clinton's ‘partner.’
In July 1997, Brock published a confessional piece in Esquire magazine titled "Confessions of a Right-Wing Hit Man," in which he recanted much of what he said in his two best-known American Spectator articles and criticized his own reporting methods.   In February of 1998, Brock published a biography of Hillary Clinton entitled ‘The Seduction of Hillary Rodham’.  After the book’s failure,  David Brock [avowed that] the Road Warrior of the Right is dead."   And in the blink of an eye, he took a hard turn to the left.
Writing again for Esquire in April 1998, Brock apologized to Clinton for his contributions to Troopergate, calling it simply part of an anti-Clinton crusade.  He told a more detailed story of his time inside the right wing in his 2002 memoir, “Blinded by the Right: The Conscience of an Ex-Conservative”, in which he settled old scores and provided inside details about the Arkansas Project's efforts to bring down Clinton.  Later, he also apologized to Anita Hill.
Brock has apparently turned into something of a left-wing-nut whose paranoia has convinced him that he’s the target of right-wing assassins.  In the first article that is a Daily Caller investigative series on Media Matters for America, published yesterday, the authors [Tucker Carlson and Vince Coglianese] say…"Brock… had told friends and co-workers that he feared he was in imminent danger from right-wing assassins and needed a security team to keep him safe."
Read Part 1 of the Daily Caller report here:
http://dailycaller.com/2012/02/12/inside-media-matters-sources-memos-reveal-erratic-behavior-close-coordination-with-white-house-and-news-organizations/
at February 13, 2012 1 comment:

WHY MEN ARE REPUBLICANS

How many of these celebrities can you recognize from their yearbook picture? 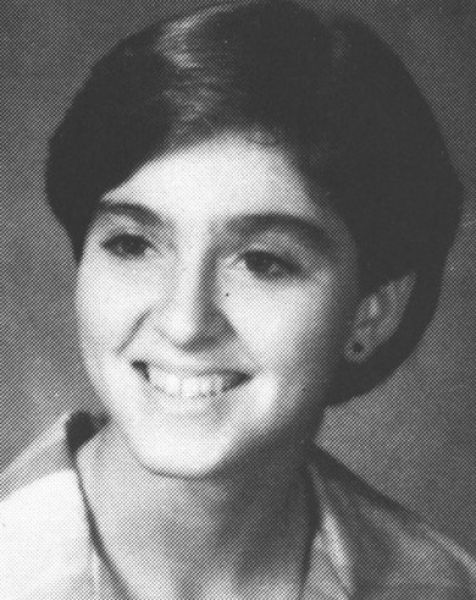 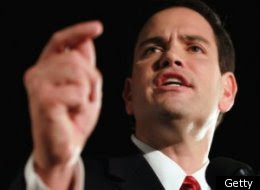