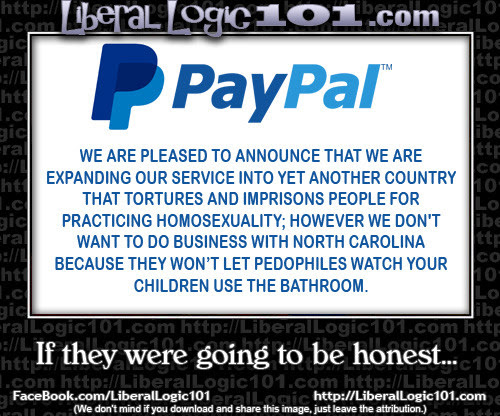 Our local newspaper – the Raleigh News & Observer (which, as an aside, was created to advance the DEMOCRAT PARTY – I swear – that used to be the paper’s ‘banner’) ran the following headline on March 23, 2016: 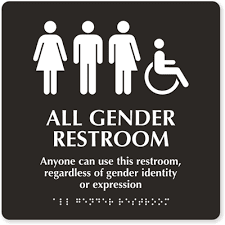 The bill in question was the State Legislature’s reversal of an ordinance in Charlotte that permitted LGBT individuals to use the PUBLIC restrooms that ‘matched their perceived identity’.

Gov. Pat McCrory’s office released a statement late Wednesday stating that he had signed the bill.

The vote in the House was 82-26 after three hours of debate, with all Republicans voting for it and 11 Democrats breaking ranks with their party to support the bill.

Senate Democratic Leader Dan Blue (leader of the minority side) called the session “an affront to democracy” and said his caucus wouldn’t be part of “this hostile takeover of human rights.”  Well I ask you, Mr. Blue – WHY are 2% of the population making the other 98% have to kowtow to what THEY want?  When did minority rule become the norm?  Is it because they make the most noise?  Well look around – seems to me that the silent majority is becoming less silent by the day!!!!

Where do I begin?  This is going to be very difficult to write, because my hands are shaking in fury.  This is the biggest bunch of bullshit I have ever seen, and I am so proud of my state government for taking a stand against shared public facilities.  And before you DARE call me a homophobe let me get one thing straight.  I don’t give a shit what sex you think you are – all you need to do is look between your legs and if you can pee standing up, you’re a man, and if you have to squat, you’re a women.  The End.

Now – what I am infuriated about is the headline in the N&O above.  The position of the Legislature is not to discriminate – IT’S ABOUT PUBLIC SAFETY.  The Legislature passed the bill and the governor signed it.

ARE YOU LISTENING OUT THERE?  IT’S ABOUT PUBLIC SAFETY!

Imagine if you will, your wife and your 9-year-old daughter going to the local mall for the day.  Your wife sits on a bench outside the restrooms while your little girl goes in the Ladies’ Restroom.  Imagine she is followed in there by a 275 pound 30-year-old who ‘identifies’ as a woman.  Imagine this man covering your daughter’s mouth while he violently rapes her.

Who knows IF the man truly has sexual identity issues, or if he’s just a pervert looking for a target.  YOU sure as hell don’t know!

I have no problem – none WHATSOEVER – if public places decide to add a third facility for ‘other’… that’s their right and their expense.  But for now, everyone needs to use the facility that matches their God-given genitalia.

BTW – the funniest and most appropriate license plate I’ve ever seen was on the back of a huge van full of young kids…. It said:  PB4UGO

Blowback (not the best word, eh?) from all this is another headline…. And the link to it….

Chicago Mayor Rahm Emanuel says he will try to poach businesses and conventions from North Carolina because of a law eliminating anti-discrimination protections for lesbians, gays and bisexuals.

Emanuel also says he will he ban the use of city funds for nonessential travel to the state.

The law also prohibits transgender people from using washrooms that do not match the gender they had at birth.

Well Rahm, baby – GO FOR IT!  North Carolina is a ‘right to work’ state and I do NOT see that many companies pulling up stakes and heading for Chicago with YOUR UNIONS and your crime rate.

Gov. Andrew Cuomo of New York is also boycotting North Carolina, making my state off limits for New York state government travel and business.  Frankly, this makes me want to stand up and do the ‘happy dance’.  And hot dayum – lookie what MY GOVERNOR replied to Cuomo:

In the aftermath of New York instituting a ban on state-sponsored travel to North Carolina over the state’s newly enacted anti-LGBT law, North Carolina Gov. Pat McCrory has said the Empire State should institute a ban on itself because of its lack of a transgender non-discrimination law.


The North Carolina governor made the remarks Thursday on Fox News’ “Fox & Friends” in response to New York Gov. Andrew Cuomo’s travel ban to North Carolina, which McCrory called “demagoguery at its worst.”

“I don’t think New York even has such a law forcing businesses to accept people of one gender to be able to use the restroom and shower facilities in their businesses, so he might need to boycott his own state at this point in time,” McCrory said.

Governor McCrory also posed this question regarding this weekend’s NCAA finals, in which UNC is the only #1 seed remaining (GO HEELS!) being held in Houston….. why no outrage THERE, because Houston repealed an identical law regarding where the LGBT’s could do their business five months ago.  All I have to say is BINGO!  The ‘rights’ of the LGBT minority END where the door to my RESTROOM begins! 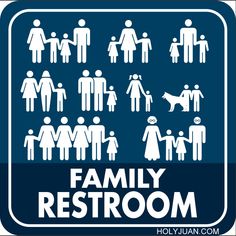 IF SOCIAL SECURITY MATTERS TO YOU IN THE UPCOMING PRIMARIES ...... 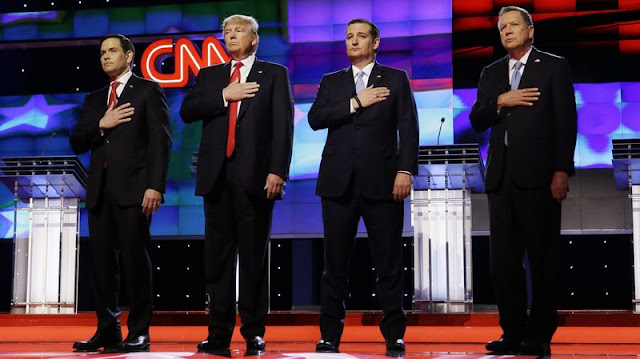 The Republicans on Social Security....I frankly have always found this offensive..... I am FORCED to contribute 7.5% of my salary into the non-existent 'Social Security Lock Box'..... MY MONEY I EARN!!! And one day - if I'm alive, the government will dole it back to me in quantities and for a term yet to be decided (decided not by ME but by the government) Is there anyone out there who would tolerate a bank taking part of your income, holding it for 40+ years while paying no interest, and then the bank would tell you when and how much they would send you each month? I think not!)

Kasich's proposal: John Kasich advocates means testing with reduced benefits for wealthy seniors. (THIS IS KRAP! It's OUR money, you idiot! Bill Gates paid IN - Bill Gates should GET BACK! If Gates wants to make a charitable contribution of his SS, that's HIS decision - NOT the federal government's)

Cruz's proposal: Ted Cruz suggests a different form of benefit cut, in which future retirees would receive smaller cost-of-living adjustments. (THIS IS KRAP, TOO - when's the last time you folks on SS got a COLA increase that would buy more than a 6-pack of toilet paper?)

Rubio's proposal: Marco Rubio suggests gradually raising the retirement age at which younger workers like himself become eligible for Social Security. This is effectively a cut in benefits, since retirees would have fewer years to collect. (more krapola)


Trump's proposal: Donald Trump argues against any cut in benefits or increase in taxes, instead relying on faster economic growth to close the Social Security funding gap. (A rising tide lifts all boats!)

Email ThisBlogThis!Share to TwitterShare to FacebookShare to Pinterest
Labels: Social security in the election

RUBIO POPS ANOTHER PILL AT A RALLY - HOUSTON! WE HAVE A PROBLEM!!!!