THE SILENT (RACIST) MAJORITY.... WHAT NEXT FFS!

Not sure about you.... but I'm sick to death of the RACIST LEFT in this country calling everything a Conservative says 'racist'.  The 'race card' is about worn out, and I, for one, have grown velly, velly tired of it.  But conversely, perhaps the left should be encouraged to keep calling anything they disagree with 'racist'.... like the boy who cried 'wolf'..... eventually people ignore you.

Read this think piece from the Washington Post at the link below .... ya know - I hate the August recess when Congress shuts down and goes home for a month - idiots like Cillizza have too much time on their hands and start dreaming up krap that they claim has six degrees of separation from the Grand Kleagle of the KKK..... (Is THAT the position Sen. Robert Byrd, D, WV held when he was in the Klan?)  Anyway..... I digress.

The U.S. citizens who supported President Nixon's policies but who were not politically vocal, outspoken, or active; considered by him to constitute a majority.

Any group of people who are not outspoken and who are considered to constitute a majority.

These were the same people who elected Ronald Reagan..... RACISTS ALL!  lol

See the full presser at https://www.youtube.com/embed/KlIcs5aelv4 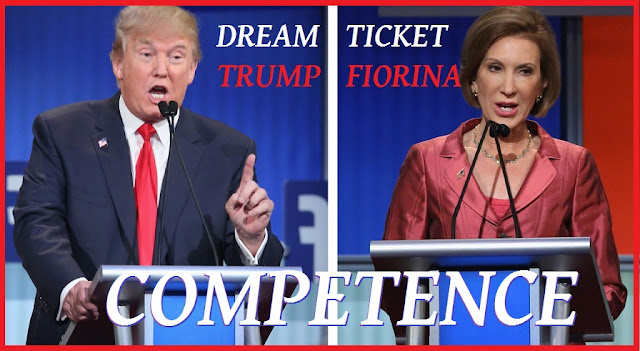 CNN has announced that the selection for the next Republican debate (Wednesday, September 16) will be based on polls from June and July.  As candidate Carly Fiorina (who is now in 5th place among the Republican candidates) said this morning - 'this is CNN putting their finger on the scale' to keep her out of the debate.  I agree, because in my mind, she is the ONLY one who will fearlessly take it to Hillary and not be accused of a 'war on women'.

I have just sent the following message to Mr. Trump's campaign.


Mr. Trump - I am a Conservative woman who is thrilled that you are running for president.  Finally, someone is saying the things I THINK....

I would like for you to consider this - tell the powers at CNN that if Carly isn't on the stage for their debate, you won't be there either.  This will show you are NOT part of the fictional WoW, it would win you HUGE support from women, and it would show that you are a fair minded man.

Thank you for caring as much about this country as I do! 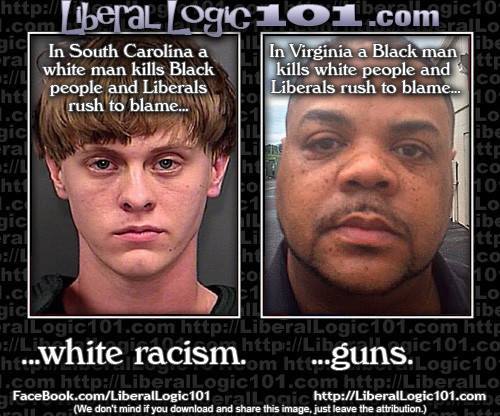 Email ThisBlogThis!Share to TwitterShare to FacebookShare to Pinterest
Labels: guns and racism, racism and guns

MUSLIMS GIVE AMERICANS 'THE FINGER'

The one-finger display is the distinctive Muslim gang sign: The index finger points straight up while the thumb wraps underneath and presses against the digital phalange of the middle finger.  The remaining fingers are squeezed against the palm in order to highlight the extended forefinger.  The extended finger is symbolic of the one-God concept of Muhammad and is understood by all believers to be a symbolic shahada, the Muslim affirmation of faith: There is but one God and Muhammad is his messenger.

The President of the United States is one of them and on their side. Any doubts now?

Hillary keeps saying she neither sent nor received classified emails.....

I SAY..... HER EMAILS WERE HACKED EARLY ON.... BY THE TERRORISTS THAT ATTACKED THE CONSULATE AT BENGHAZI.... 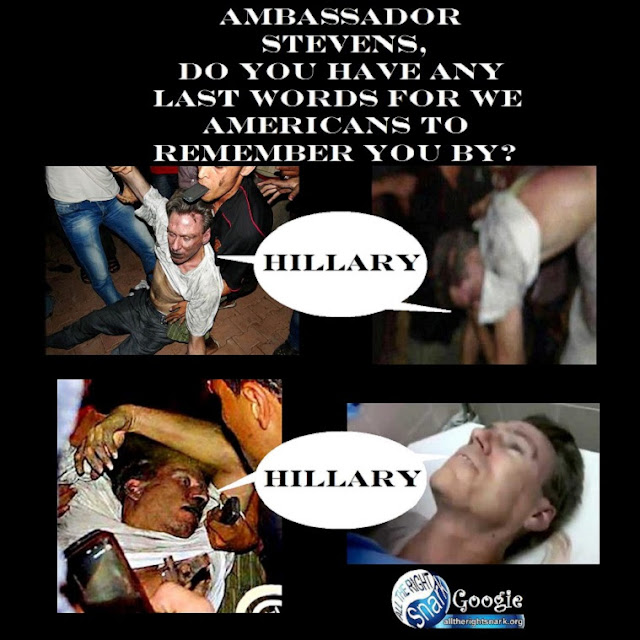 AND THE BITCH, WHO KNEW THE TRUTH ABOUT THE ATTACK WITHIN 8 HOURS - BLAMED THE ATTACK ON A VIDEO!

SHE STOOD IN FRONT OF THE FAMILIES OF THE FALLEN AND BLAMED THEIR DEATHS ON A VIDEO THAT NO ONE HAD SEEN! 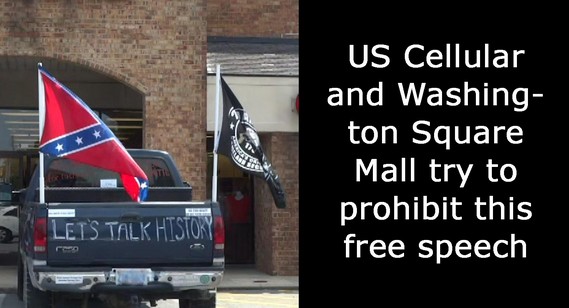 I often tell people I live 50 miles from Walmart - it gives city folk a point of reference.  The nearest town (the one with Walmart and Lowe's - thank GOD) is Washington.  In that town is a multi-use structure that can loosely be called a 'mall'.  And for the last two weeks there has been an 'issue' regarding free speech.

Backstory:  Mall employees have a designated parking area.  Kalyn works at one of the stores in the Mall. She also owns and drives a truck with several expressions of her ideas exhibited for others to see, including two large flags—a Confederate Battle Flag and a Second Amendment Flag.


While at work Kalyn was confronted by one Carl Bailey, an employee of the owners of the Mall. He told her she needed to remove the flags from her truck and relocate it or she would be arrested and "taken downtown." He also threatened to have her truck towed.  She promptly did as told, except for the stickers, which she couldn't remove until she was at home.  But after further research, she decided NOT to remove the stickers and graffiti.  However, Kalyn told a friend, who called the Beaufort Observer (an online only local news site).  They decided to investigate.

We (The B.O.) talked to Mr. Bailey. He first told us that he told her to move her truck and take the flags down because the Manager of the US Cellular store on the property had called to complain. When we questioned Mr. Bailey if it was the Mall management's policy to try to control what individuals put on their vehicles he changed his story. We asked him what their policy is and if he was authorized to enforce it. He then said he was just trying to do the lady a favor because he feared that she would be confronted by the complainants, and indicated he feared for her safety and her property. "So you will allow customers who do not like something they see on a vehicle on the property to prevent a person from exercising their free speech?…" we asked. He then insisted that he was only trying to protect her. We then asked if he called security or the police to insure her safety or protect her property. His response was: "No, the police would never do anything…" We subsequently learned the mall has no security staff. We talked to a lady with Pearson Properties, the owner of the mall and later to Joe Pearson, one of the owners. They both said their office never authorized Mr. Bailey's actions and in fact did not know about it until "US Cellular called." Mr. Bailey indicated to us that it was the "US Cellular Manager" who called him to demand action.

So we called the US Cellular store and asked for the Manager. We were told that "Latoya" was the Manager but that she wouldn't "be back today." We asked if they could take a number and ask her to return our call. "I'm not sure when she'll be back…" was the answer we got to that. We then talked to the "Sales Manager" and he told us to contact the Corporate Public Relations Office. We did that and talked to Melissa McIntyre who knew about the incident but refused to answer any questions. She indicated she would have someone else call. They never called.

Instead Ms. McIntyre sent an email that said: "U.S. Cellular is aware of the vehicle in question and it does not belong to any U.S. Cellular associate. Please contact Washington Square Mall for any questions or statement." We called Ms. McIntyre back and asked her what the US Cellular policy was on how they handled such complaints. "I'm sorry, I can't answer that, or any other questions." Classic bunker mentality. (In this business you know when "the rabbit goes to ground.")

We did determine that nothing in US Cellular's lease gives them authority to manage the parking lots. We also determined that Pearson Properties has no policy against symbolic speech on their property.

Read more about Round 1 at this link:
http://www.beaufortobserver.net/Articles-NEWS-and-COMMENTARY-c-2015-07-29-279051.112112-US-Cellular-and-Washington-Square-Mall-trample-freedom-of-expression.html#123

Below this article is a legal commentary on what transpired (also on the link above).  I've included one paragraph of THAT that I find particularly pleasing:


But in a practical world, we view this situation, particularly with US Cellular and Mr. Baily (the Mall assistant manager), as political correctness run amuck. Does US Cellular really want to get into passing judgment on the political beliefs of its customers? Where would they draw the line if they used the "someone might be offended" standard? We are a US Cellular customer and we are severely offended by some of the spam that comes into our phone. Is that US Cellular's responsibility to protect us from that sort of stuff? US Cellular would be well advised to think twice before it decides to try to enforce politically correct speech.

Email ThisBlogThis!Share to TwitterShare to FacebookShare to Pinterest
Labels: don't tread on me, political correctness at the mall

Is it just me.... or do these two New York pols look related? 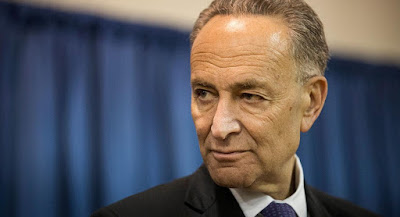 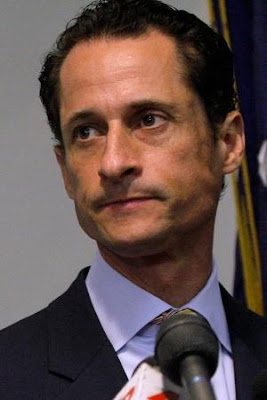 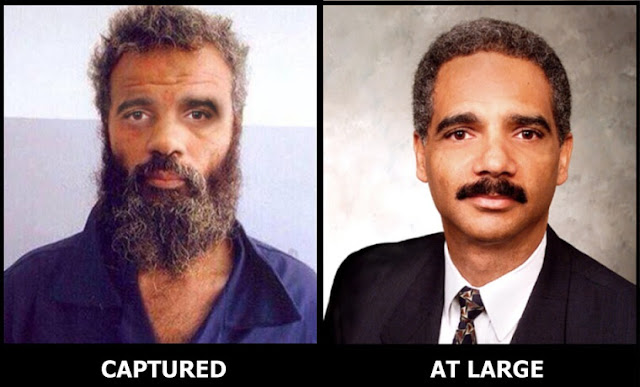 Email ThisBlogThis!Share to TwitterShare to FacebookShare to Pinterest
Labels: schumer and weiner 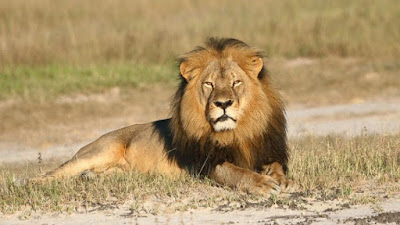 Man, some of you people just wear me the hell out; mostly liberals since that group has become the gathering place for every damned moral, ethical and general misfit in society. Your piety and moral relevance make me want to stick my finger down my throat…….or bitch slap you into next week….but I think the finger down the throat is probably my best option.


Can we all agree that the dentist shooting the lion was insensitive? Beautiful, graceful animal, not dicking with anyone, but not really a national treasure. Zimbabwe has about an 80% unemployment rate, less than $1100 GDP per capita and its’ gross per capita is about what the US spends on some bullshit Obama socialist program per day. About 50-75 lions are killed in Zimbabwe and neighboring countries per year. My guess is that the dentist killing the lion will go un-noticed by a nation of illiterates. And the US Fish and Wildlife office has offered to track down this dentist and help Zimbabwe bring him to justice.

The US government has a hard on for a dentist for shooting a lion in another country.

Not for the Planned Parenthood butchers in this country.

Not for the Muslim that killed four Marines and a sailor.

Not for the illegal aliens that kill our citizens.

Not for ISIS that has killed Americans on video.

Not for four unanswered deaths in Benghazi.

A dentist, and a lion, in a fourth world crap hole.

How about a LITTLE proportionality from you idiots.

One Facebook warrior said that the western world was tired of hunting animals for food and sport. I don’t know this genius, but I can guarantee you I will not consider him when my wife serves up the fried chicken, or the steak from the cow that we get from a local farmer each year. And he can be a vegetarian, or a vegan, or a Martian, but spare me the sanctimony. In 1889 you could by a filet mignon dinner for less than a chicken dinner. Through innovation and ingenuity our people discovered techniques for raising chickens that would enable us to feed the world. So, go eat your bark and leave my chicken alone…..the two issues are not similar.

And neither is the lion.

I pity the lion, I do…..I would never hunt an animal for anything other than food or protection, and killing the lion was neither. It ain’t me….and it aint’ most of us.

But this says volumes about us. We can go crazy over a dead lion….but not the butchering of humans.

And sadly, too few of you see the difference.