WHAT IF OBAMA GAVE A PARTY....AND NO ONE CAME

Seems four of the six Middle Eastern leaders that Obama invited for a summit at Camp David... have declined his invitation ..... Could it be that the American Muslim's star has fallen?  Could it be because the United States of America is no longer significant?

I'm betting they no longer trust Our Dear Leader (as most of the world no longer does) or..... they don't give a SHIT what he says because he's a proven liar.... He has shown himself as one who will abandon friends and and bow to enemies.

Seems her racism did not happen late in life - she's been a racist from the start....kudos to Mr. D'Souza 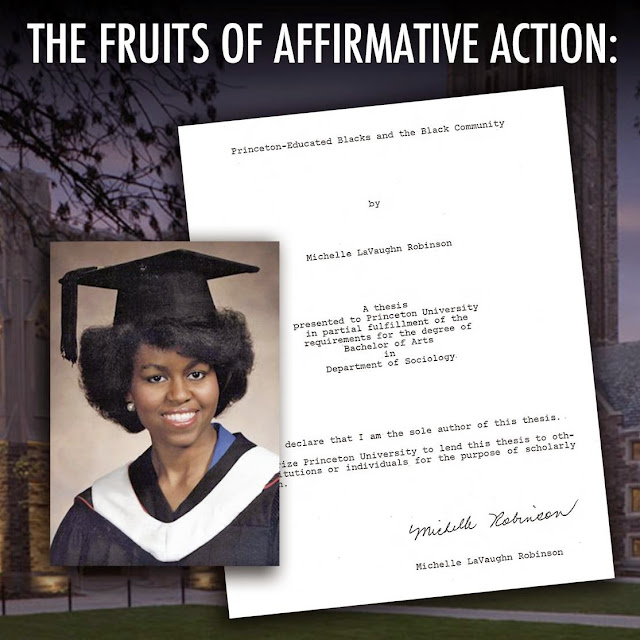 Read the entire document at this link - if you can stomach it.  Keep in mind - SHE WAS ABOUT TO GRADUATE WHEN THIS WAS WRITTEN!