CLINTON DEAD POOL...A/K/A REMOVAL OF PEOPLE BLOCKING YOUR PATH TO CONTROL OF A NATION....

The curious thing about this list of dead people who knew the Clintons is that there are SO MANY OF THEM...and so many of them had interpersonal contact with one or both of the Clintons.

How many dead people can you name in your own circles throughout the years.... and how many died suspiciously.... odd.

Below is a chronological list of Clinton associates who allegedly committed suicide before testifying or died under mysterious circumstances, compiled from CBS Las Vegas and Gateway Pundit and supplemented by sources (embedded) I found:

Clinton bodyguards who are dead include:

IT WOULD TAKE 10 MILLION RUSSIANS TO IMPACT AN AMERICAN NATIONAL ELECTION!

Having said that, the best way to impact election results is by people voting multiple times, people NOT ELIGIBLE to vote going to the polls and voting, and CAST ballots being altered by dishonest poll workers or other election staff.

THIS IS HAPPENING MORE OFTEN WITH EVERY PASSING ELECTION!

Here's a wee history of voting METHODS... the link to the full article is at the bottom of this post.

PAPER BALLOTS:
In 1889, New York became the first American state to use these ballots. Gradually, it came to replace voting by ticket.

Although they were once common, today only 1.7% of registered voters use paper ballots. They are primarily used in small towns, rural areas, or for absentee voting.

MECHANICAL LEVER MACHINES:
Until recently, more than half of all American voters used machines with levers beside the name of each candidate. The voter entered a booth, drew a curtain, and then pulled the levers corresponding to each voting choice. The machines recorded the votes and the numbers of people voting.

In 1892. Rochester, New York, used them four years later and soon they were used across New York State. By 1930, residents of most major American cities voted on mechanical machines. In the 1996 presidential elections, however, roughly 20% of all voters used the machines, which are no longer made.

Note:  When I lived in Raleigh, these lever machines were used in rural areas.  When I was ushered into the voting cubicle, a volunteer showed me how to flip the lever at the top of the machine.  She pushed the STRAIGHT DEMOCRAT handle over, and left it there.  Luckily I shoved it back and flipped the STRAIGHT REPUBLICAN HANDLE, BUT NOT BEFORE NOTING THAT A STRAIGHT VOTE NEGATED ANY CHOICE OF THE VOTER WANTING TO VOTE FOR A CANDIDATE OF ANOTHER PARTY OR OF AN INDEPENDENT CANDIDATE.  STRAIGHT MEANT STRAIGHT and many people missed that!

(Remember the 'dangling chads' in a recent (2000) Florida presidential election - those were punch cards...In the 2000 United States presidential election, many Florida votes used Votomatic-style punched card ballots where incompletely punched holes resulted in partially punched chads: either a "hanging chad", where one or more corners were still attached, or a "fat chad" or "pregnant chad", where all corners were still attached, but an indentation appears to have been made. These votes were not counted by the tabulating machines.[2][3] The aftermath of the controversy (see Bush v. Gore) caused the rapid discontinuance of punch card ballots in the United States.)

The marksense system, also known as optical scan, is becoming more popular. In 1996, 25% of all American voters used the system. Optical scanning calls for voters to use a black marker fill in a circle, or box beside their voting choice. A scanning machine then picks up the dark markers on the paper, tabulating the results.

DIRECT RECORDING ELECTRONIC (DRE)
The direct recording electronic method, DRE, uses a voting machine with the candidates printed on a computer screen. The voters push a button or the appropriate spot on the surface to record their choices. Those wishing to write-in a candidate are able to use a keyboard to type the name. In 2004, nearly 29% of voters used a DRE system.

HAND COUNT:
Used in localities where election results may be too close to call.

The entire point of this is that…. With 50 states and Puerto Rico voting, there are many, many methods of taking and calibrating votes.  Voting begins with the state, then down to the counties, then to the precincts within the county.  We as voters rely on the integrity of those working the polls at the local level.

VERY FEW OF THESE FOLKS ARE RUSSIANS!!!

THE COMMUNIST PARTY IS ALIVE AND WELL IN AMERICA!!!

In a major upset for the Democratic Party establishment, Rep. Joe Crowley of New York lost his primary election unseated by a young progressive newcomer who reflects restiveness in the left wing of the party.

Alexandria Ocasio-Cortez did not defeat Crowley alone. She was recruited and supported by a political organization working to hijack the Democratic Party. OUR REVOLUTION, the largest Marxist front in America. And yes they love social media—it’s so easy to fool people there.

In 2016, a political action committee called the JUSTICE DEMOCRATS held auditions for candidates willing to endorse their far-left platform. It received over 10,000 nominations. Ocasio-Cortez’s brother submitted her name for the position while she was working at Flats Fix, a taco restaurant in Manhattan. The JUSTICE DEMOCRATS selected Ocasio-Cortez and 78 other candidates to run against moderate Democratic incumbents.

What makes the Justice Democrats unusual is that it has partnered with another political action committee: OUR REVOLUTION, the largest Marxist front in America. The goal of both committees is to transform the Democratic Party from within. The JUSTICE DEMOCRATS and OUR REVOLUTION were formed out of the Bernie Sanders 2016 presidential campaign. Claiming more than 100,000 members in 50 states, Our Revolution acts as a front for the three most influential Marxist organizations in America: the Democratic Socialists of America, the Communist Party USA, and the Freedom Road Socialist Organization.

Of the seven current congressional representatives that the JUSTICE DEMOCRATS helped win office, two are card-carrying members of the Democratic Socialists of America: Rep. Alexandria Ocasio-Cortez and Rep. Rashida Tlaib.

It is not a coincidence that nearly every major proposal of today’s Democratic Party—from single-payer health care, amnesty for illegal aliens, normalization of relations with Communist Cuba, $15 per hour minimum wage, etc—originated with the Communist Party USA or Democratic Socialist of America. Ocasio-Cortez and Tlaib may be the only official DSA members in Congress, but all 96 members of the Congressional Progressive Caucus are affiliated with political action committees that are effectively part of the world Communist movement. 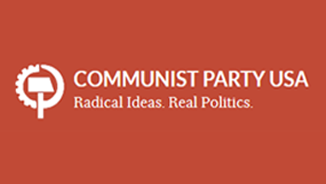 [This was mostly from an email.  I researched what I could and it seems authentic and SCARY AS HELL!!)
at July 23, 2019 No comments: