CHANGE OF PACE - MY HOME RENOVATION.... DEFINITELY A WORK IN PROGRESS... 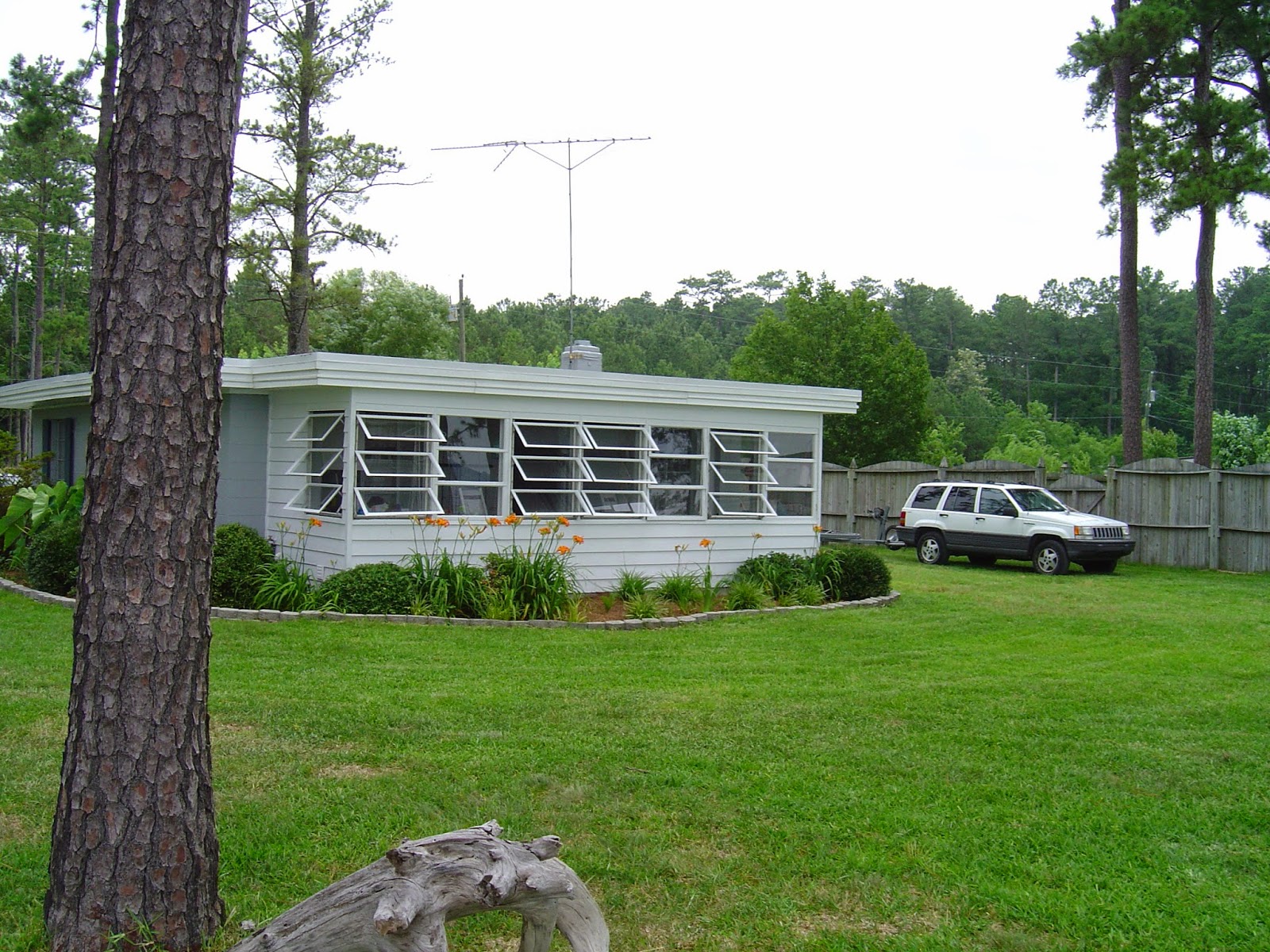 ORIGINAL HOUSE - BUILT IN THE 50's 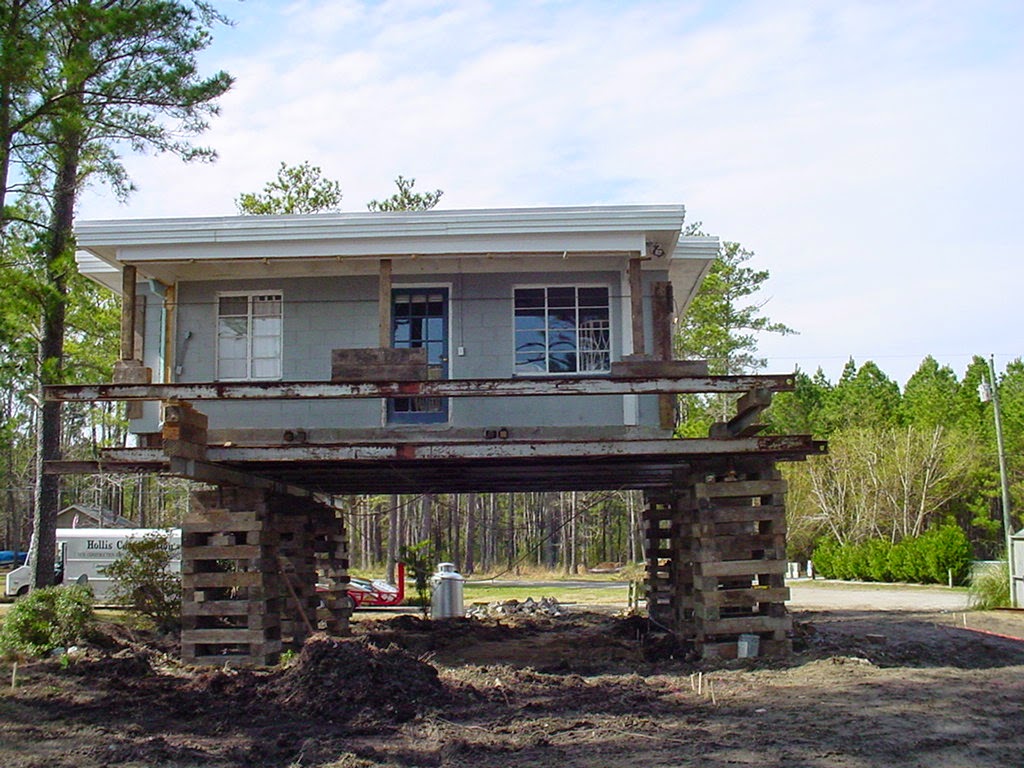 AFTER 6 HURRICANES AND 3' OF WATER INDOORS - LET'S RAISE THIS BABY! 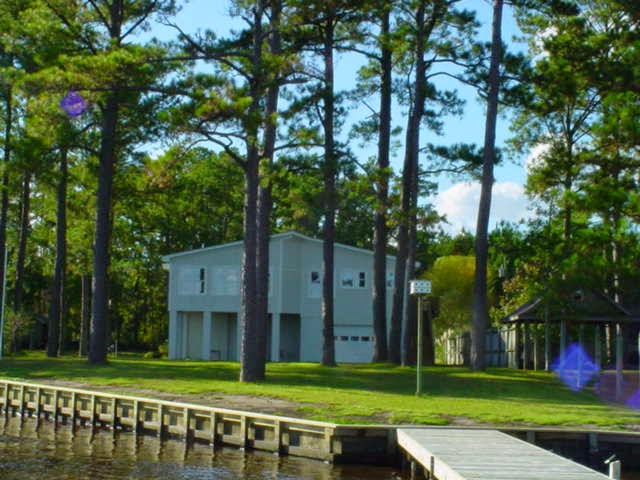 FIRST STAGE OF ADDITION - VIEW FROM THE WATER 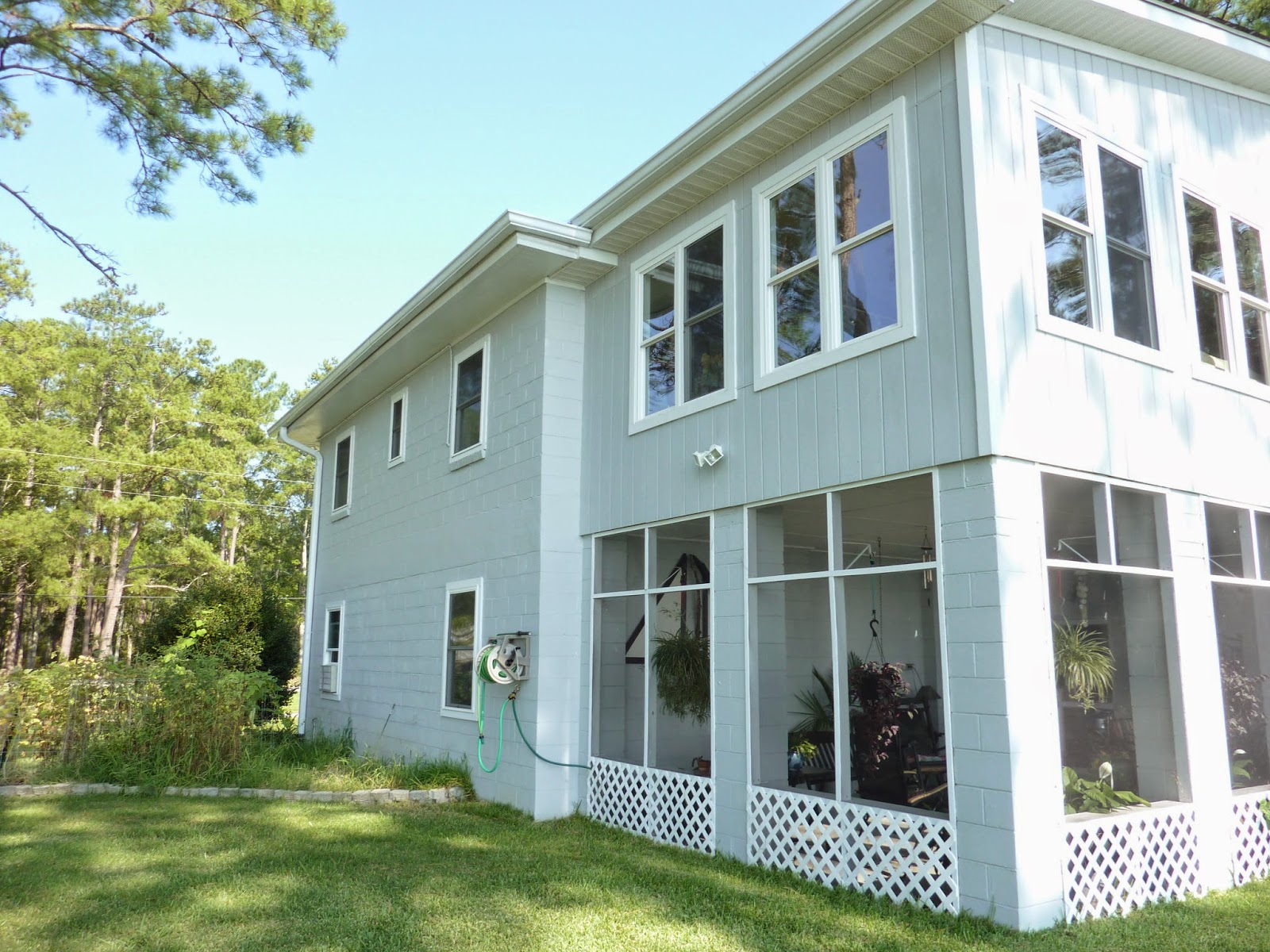 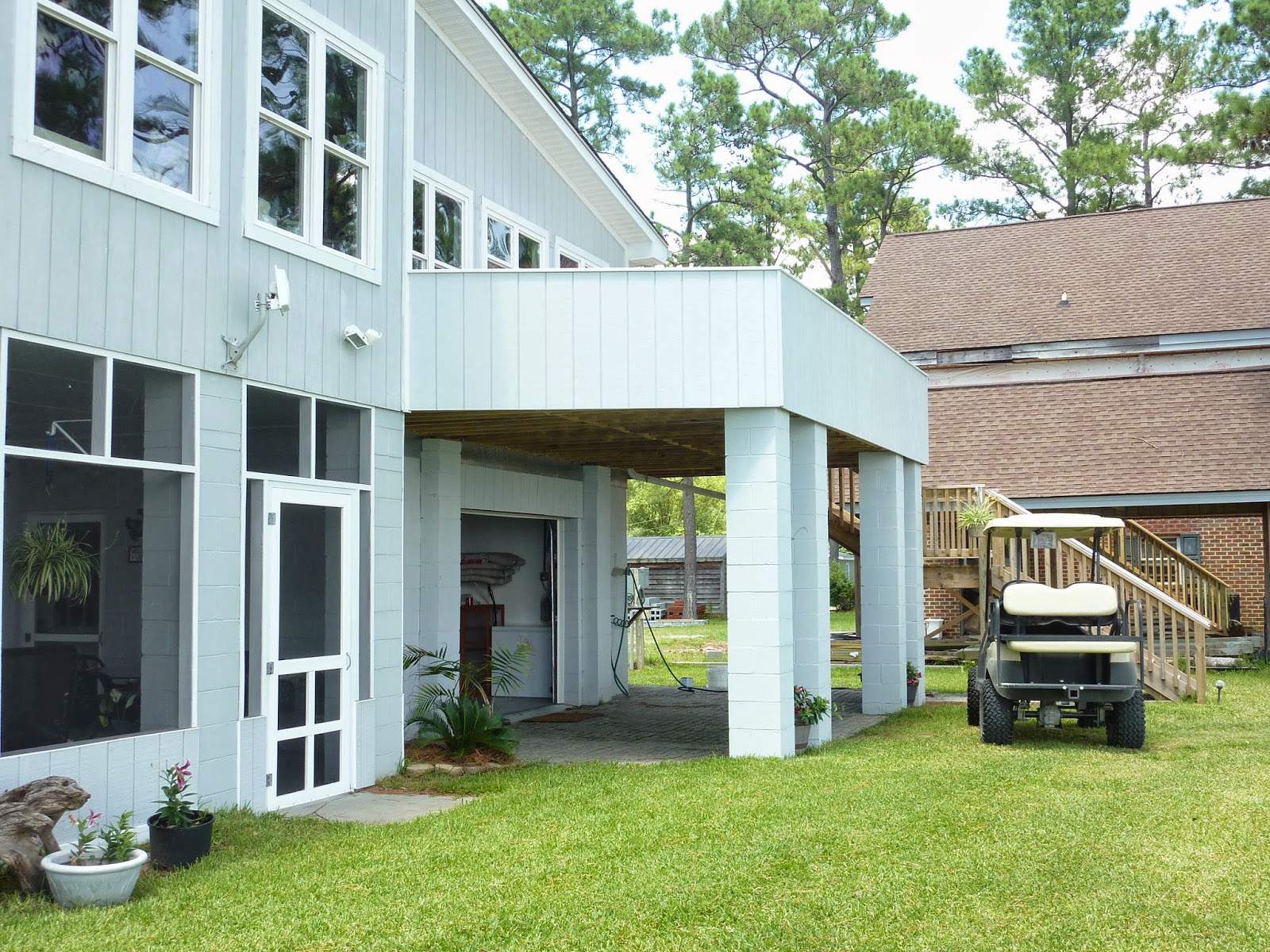 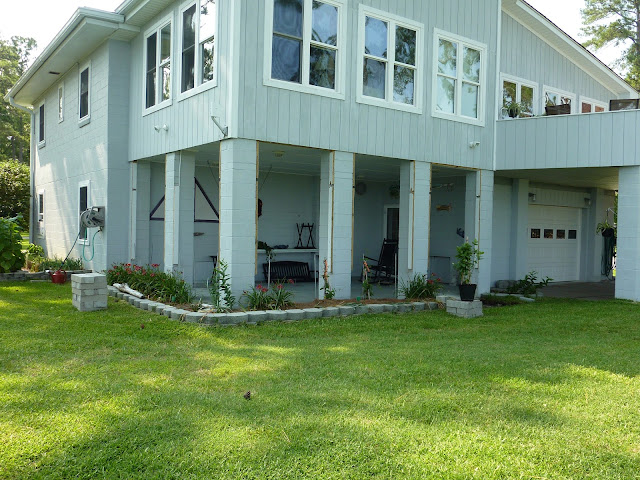 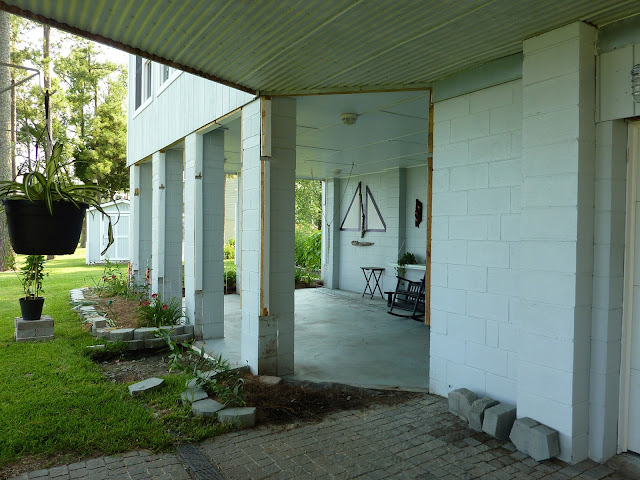 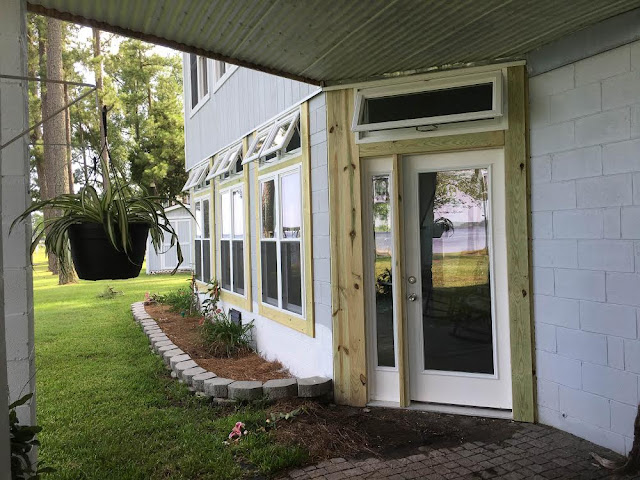 GLASSING IN THE PORCH - RELOCATING THE DOOR (FLOWERS MAY SURVIVE!) 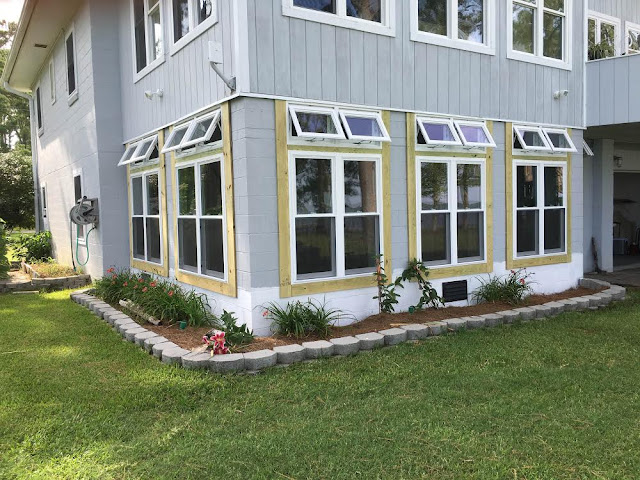 WAITING FOR THE TREATED WOOD TO DRY A BIT BEFORE PAINTING 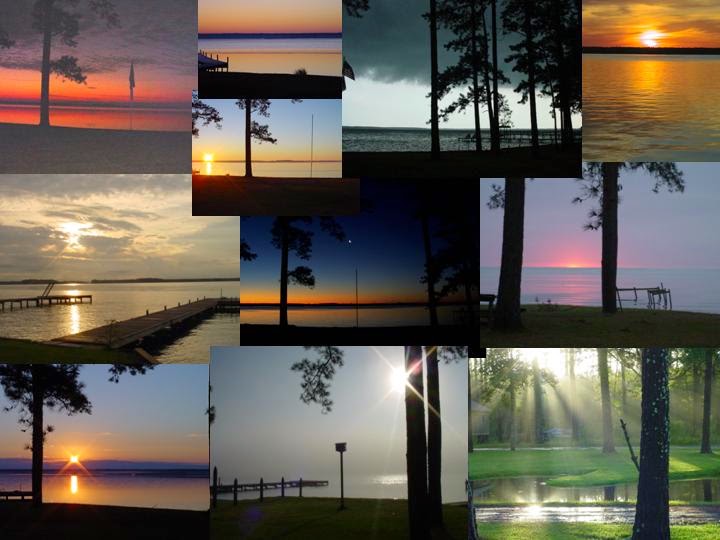 GOD BLESSES ME EVERY MORNING WITH HIS EVER-CHANGING PALETTE.....

Email ThisBlogThis!Share to TwitterShare to FacebookShare to Pinterest
Labels: remodel

WHY CARRY A GUN?

I don't carry a gun to scare people; I carry a gun because sometimes this World can be a scary place.

I don't carry a gun because I'm paranoid; I carry a gun  because there are real threats in the World.

I don't carry a gun because I'm angry; I carry a gun so that I don't have to spend the rest of my life hating myself for failing to be prepared.

I don't carry a gun to make me feel like a man; I carry a gun because men know how to take care of themselves and the ones they love.

Police protection is an oxymoron:  Free citizens must protect themselves because police do not protect you from crime; they just investigate the crime after it happens and then call someone in to clean up the mess.

Personally, I carry a gun because I'm too young to die and too old to take an ass whoopin'!

Email ThisBlogThis!Share to TwitterShare to FacebookShare to Pinterest
Labels: why carry a gun 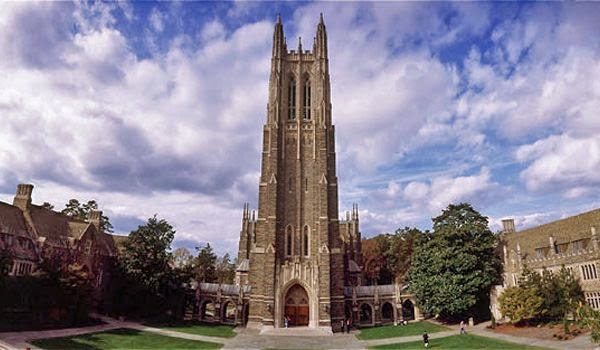 As many of you may be aware, earlier last week Duke University granted the Muslim student community (fewer than 800 in a total student population over 14,850) permission to have the Muslim call to prayer broadcast from Duke University Chapel.  ‘Broadcast’ as in – it could be heard from the Chapel tower campus-wide.   My immediate reaction to this news was:  WTF ARE THEY THINKING‼‼

The decision was changed after the excrement hit the oscillating device on a national scale.

Our pastor addressed this in his sermon today, stating that a letter was fired out from the Duke Divinity School via email to Methodist ministers nationwide that THE DIVINITY SCHOOL WAS NOT CONSULTED ON THIS. Apparently nor was the Director of Student Ministry (A Duke CHAPEL department head) consulted.

Below is a pull quote from jihadwatch.org, regarding the young woman (The ASSOCIATE DEAN FOR RELIGIOUS LIFE FOR THE CHAPE), who apparently made the UNILATERAL decision. 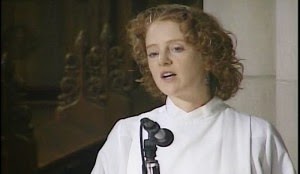 The Chapel’s associate dean for religious life, Christy Lohr Sapp said before the plans were canceled that the move showed the school’s commitment to religious pluralism. .....

In a release Thursday, the university said Muslims will instead gather on the quadrangle before heading into a room in the Chapel for their weekly prayer service.

OK…. As a friend of mine tells me…. visualize a calm, blue ocean.

Did.  Didn’t work.  My solution to this would be  …. If the Muslim students get to use A ROOM in the Chapel for their weekly prayer service….. then any Christian fellowship organization at the university gets go to the nearest mosque and use a room to take Holy Communion!  See how THAT floats!
at January 18, 2015 1 comment:

Email ThisBlogThis!Share to TwitterShare to FacebookShare to Pinterest
Labels: Duke and Muslims, Duke Chapel and Muslim call to prayer

THERE IS NO SUCH THING AS RADICAL ISLAM....

Are we going to need this lesson again? Need to re-learn? Need to be re-taught? Because if we are, I am up to the task….for now.

The uproar over Obama skipping the Paris show of unity march has steadily grown, despite the American “media” pretty much ignoring the snub to world leaders. Now, we all know the march will have no impact, I mean hell, IT IS FRANCE for God’s sake, with their proud record of martial victory and decisive wielding of national power (both of which are bullshit…..though having trained with the Legion, I will give THAT French force their due…..but most of them are not French). Will this affect Obama? No. His lack of national pride and basic lack of human morality is well documented. He is an insolent, unskilled, petulant punk, and this well aimed shot across the bow of western civilization is by design. In the end, he doesn’t care about us or the French.

Let’s go over this again. There is no such thing as radical Islam……there IS a thing as Islam. And if we have learned ANYTHING in the past 13 plus years, it is that ALL Muslims are potential Islamists. There is no point, even a rhetorical point, in separating violent Islamism extremists from being Muslim. And if you are intellectually honest you can look back through ALL of history and identify the simple fact that wherever Islam is present, humanity and mankind suffer. Muslims have chosen to make “terrorism” synonymous with “Islam”, and you know me, if you want it bad you can have it bad.

Islam is not a religion; it is a violent will to power, a political system masked as a religion created by an animal out of whole cloth. Nobody in the Islamic world converted to Islam by choice, but at the point of the sword. In the western world the converts have been malcontents and people living on the edge of established society. There is a good reason that the main resource for western converts is our prison system; Islam is a violent, lawless invitation to the violent and the lawless.
I have read numerous articles in our press (a/k/a the liberal propaganda machine), taking the position that the Charlie Hebdo journalists should have been more sensitive, should have realized that their constant satire of Islam, Allah and Mohammed could get them into trouble. That is bullshit piled high and deep. Civilized people do not kill others because of a cartoon. My faith has been ridiculed for decades in my own country, and I checked my ledger the other day for the number of non-Christians I have killed in retaliation, and I was alarmed to find that it was NONE. This argument is without merit.

People ridicule me for (among other things) saying we should kill the Muslims. But the Muslims have insisted that it is a “you or me” environment, and as strange as it may seem, I am a big fan of ME before YOU. There is absolutely NO evidence that Islam can co-exist with civilization.

Which brings me to Obama. The media has already started soft pedaling the very incorrect notion that the administration should have sent somebody of higher rank than Holder to Paris. Actually Holder should be sent to jail, but the truth is that he wasn’t sent to Paris for the unity march, he was IN Paris consulting authorities on terrorism (Islam) and did not attend.  John Kerry was in Pakistan appeasing one of our most treacherous allies and couldn’t be bothered.  I guess Biden was here in the states getting new shoes since he eats about two pair a week.  And I do not have a clue where our nominal President was. Does any of this matter?  It won’t to Obama, but it should to us.

Obama has made a cottage industry of insulting our traditional allies and favoring our enemies (Islam), starting with Britain, throwing the Baltic nations, Poland and the Ukraine under the bus, abandoning Iraq and Afghanistan, and now France.  And don’t get me wrong……France is a worthless ally, wholly un-accomplished in the last century and a half (there is an old line about the Champs de Elysee being lined with trees so the Germans can march in the shade), but they suffered a terrible atrocity at the hands of a violence that our President has supported and encouraged…….. and we ignored it. That is something you do because you are stupid or an ass hole……and Obama qualifies either way, but regardless, this was an international event and Obama snubbed his nose at the world.

I think my message to the French would be that of a learned grown up. “Hey France, I don’t like you. You are narcissistic on a national level. When did you win a war last (when DID they win a war last?). When did you last have a functioning economy? Your arrogance is of an unbelievable magnitude and except for your cheese, I think your food sucks.  But you were attacked in an unwarranted attack by animals, and I will publicly support you in your moment of pain and anguish.”

Obama’s message appears to be “fuck off”.

But the good news is…….EBT cards in this nation will be re-charged at month’s end.

Posted with permission from D.L. Hackle, a dear friend in Leavenworth, KS….. thank you Lee…. Awesome summation. If I tried to say this better, I would still be struggling....
at January 14, 2015 1 comment:

YOU GOTTA BE SHITTIN' ME!

The Federal Government, which has Tomahawk cruise missiles, Apache and Lakota helicopters and used the code name Geronimo in the attack that killed Osama bin Laden, officially objects to the name of the Washington Redskins.
at January 10, 2015 No comments:

WHERE DID 'MY AMERICA' GO?

For my entire voting life, I have stood by the Republicans - even when I had to hold my nose and pull the handle.  I did this because I believe in freedom, and I hoped and prayed we could find a true patriot to lead this country.  It hasn't happened.... and I question if it ever will.  Nothing changes, no matter who was in charge.  And I have lost all faith in government BY the people FOR the people.

Our debt/deficit is growing out of control and few in DC seem to give a shit.

The economy is in the tank and few in DC seem to give a shit.

Illegals are flooding the country because, (and this is hard to believe) things ARE better here than where most of them come from, and few in DC seem to give a shit.

Our military has been gutted and few in DC seem to give a shit.  In addition, we have hundreds of thousands of homeless veterans, yet illegals are getting free/subsidized housing.

Half of the people in this country are getting some form of government subsidy and few in DC seem to give a shit.  In fact, this is a vote-buy paid for by working Americans.

The government is telling us what we HAVE to buy (i.e. health insurance), what to eat, and what to drive and few in DC seem to give a shit.

Our Constitution is being eviscerated - line by line, and few in DC seem to give a shit.  Hell - few in DC have READ the thing!

The only thing they ALL seem to give a shit about is getting re-elected so they can be complicit in all the things I listed above.  The ruling elite....

This is not the country my forefathers fought and died for, and the sad thing is, there is a generation of VOTERS that have no idea how or why this country was created - BECAUSE THEY ARE BEING TAUGHT A LIE!

America is NOT evil..... or people wouldn't be DYING to come here!

I'm hearing more and more people saying the only way to reclaim America is another revolution.  I don't advocate that..... yet.  But it DID work once and it could work again.

Email ThisBlogThis!Share to TwitterShare to FacebookShare to Pinterest
Labels: where did America go

WHAT AM I MISSING?

CONUNDRUM:  something that is puzzling or confusing

Here are six Conundrums about Socialism in the United States of America:


These three, short sentences tell you a lot about the direction of our current government and cultural environment:
(From a very thought-provoking email.  Thanks, GS)

Email ThisBlogThis!Share to TwitterShare to FacebookShare to Pinterest
Labels: conundrum, so, Socialism, socialism in America