ONE WORD ON THE SOTU SPEECH LAST NIGHT....

Email ThisBlogThis!Share to TwitterShare to FacebookShare to Pinterest
Labels: State of the union speech

King Barack will announce tonight at his SOTU address that he is raising the minimum wage FOR GOVERNMENT EMPLOYEES to $10.10 by Executive Order.

But let's look a little closer.... first of all, only CONGRESS can change the minimum wage for the private sector.  Secondly, name anyone who works for the FEDERAL GOVERNMENT who makes only $10.10 an hour.

So what group of people is the president 'granting' this wage increase?  Are you ready for this?

Damn!  Thanks, Mr. President!!!  That should get the economy in high gear! 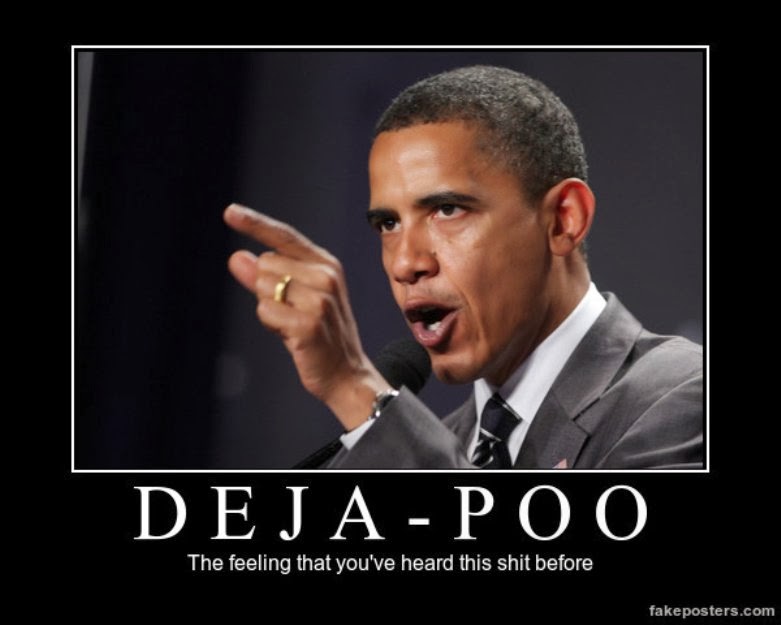 IS THIS A GREAT COUNTRY OR WHAT?

Bill Clinton got $12 million for his memoirs. 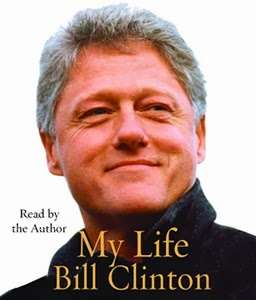 Hillary got $8 million for hers. 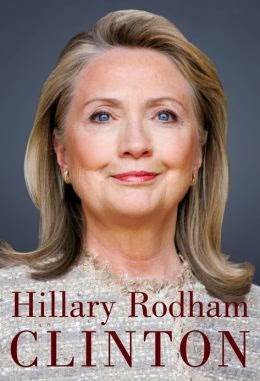 That’s $20 million for the MEMORIES of two people, who for eight years repeatedly testified, under oath, that they couldn’t remember anything. 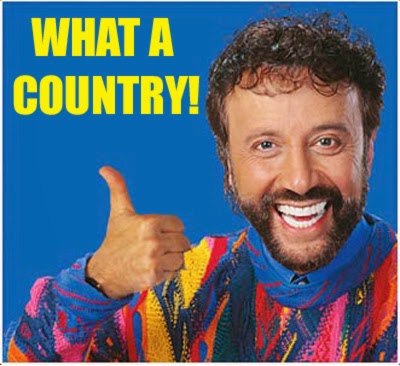 Email ThisBlogThis!Share to TwitterShare to FacebookShare to Pinterest
Labels: Clinton memoirs, what a country

On Wednesday, November 3, 2010, the following article was published by The Raleigh Telegram…

NC Legislature Under Republican Control For First Time In 100 Years

RALEIGH - Riding a wave of voter discontent on both national and local levels especially in regards to the economy, Republican legislators have gained control of both the North Carolina House of Representatives and the Senate.

The Republican majority will mark the first time since the 19th century that Democrats have not controlled both houses in the North Carolina General Assembly.

Since then, the Republicans have been fighting the mainstream local media for a fair and balanced report of the work they have been doing.

I get a monthly publication from the Civitas Institute, a conservative non-profit organization whose mission statement includes:

The mission of the Civitas Institute is to facilitate the implementation of conservative policy solutions to improve the lives of all North Carolinians.

January, 2014 had a great article on page 7 (of 8) entitled SIX NEW NC LAWS YOU SHOULD KNOW ABOUT.  The purpose of the article was to publicize legislation that has gotten little or no media attention.

For example, HOUSE BILL 392 requires county social services employees to do background checks on all applicants for Work First benefits and food stamps to insure there is no criminal background or outstanding felony warrants.

Also, if recipients are suspected of drug use they will be required to take a drug test.

How could anyone have a problem with that.

HOUSE BILL 74 will overhaul or weed out obsolete and burdensome regulations, and contains a ‘sunset’ process requiring regular review of regulations and setting a date for expiration.  After an initial review, regulations will be allowed to expire unless they can be justified by the state agency making the regulation.

HOUSE BILL 269 creates grants (and replaces the current tax credit program) for Children with Disabilities.  The grants will be based on family income.

HOUSE BILL 248 will require all bond referendums statewide to disclose not only the principle amount of the bond but also the anticipated INTEREST expenses to repay the bond.

These all seem like common sense laws to me…. but this last one is the shocker.

The maximum WEEKLY benefit will be lowered from $535 (FIFTH LARGEST IN THE COUNTRY‼‼) TO $350 (higher than any Southern state except Virginia).  If you do the math on this, based on a 40 hour week, we NC taxpayers are PAYING PEOPLE $13.38 AN HOUR NOT TO WORK!  And this doesn’t include any other government freebies like WIC, housing or food stamps.

That may not sound like much in New York or California, but it ain’t shabby in NC.  I know college grads taking jobs for $10/hour and working their asses off and getting NO assistance from the state or federal government.  UI creates NO INCENTIVE TO WORK!  NONE!

Another part of this law changes the period of eligibility for UI, reducing it from 26 weeks to a scaled duration between 12 and 20 weeks, based on the unemployment rate in the state.

As you might guess, the left is up in arms, chanting that Republicans hate the poor.  Personally I’m happy that we may finally have a few fiscally responsible people in my state government.

YEAH.....WE DEFINITELY KNOW HOW YOU FEEL! 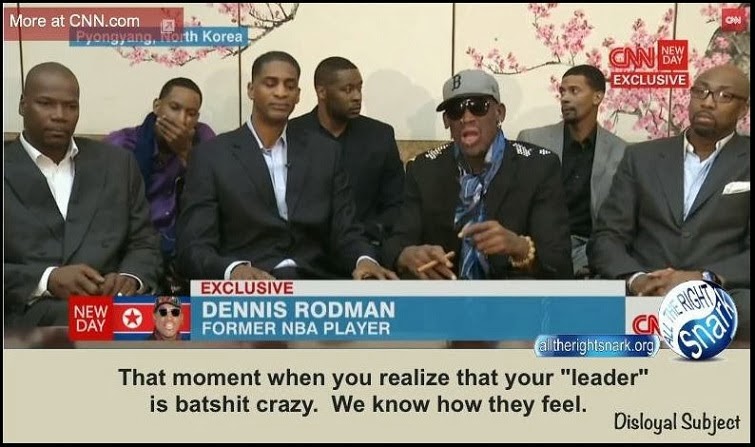 Email ThisBlogThis!Share to TwitterShare to FacebookShare to Pinterest
Labels: Rodman

SEND IN THE CLOWNS! OH - WE DID THAT ALREADY! WAKE UP, AMERICA!

Email ThisBlogThis!Share to TwitterShare to FacebookShare to Pinterest
Labels: clowns, wake up America

Well am I the only person who missed THIS during the recent holidays?  This was posted on December 22, 2013..

The judge is an Obama appointee..... http://en.wikipedia.org/wiki/Ellen_Lipton_Hollander

Just a thought this Sunday morning.

Has anyone besides me noticed that the mainstream media ASKED and Chris Christie ANSWERED more questions about 'Bridgegate' (I'm sick of 'gates', BTW) than the press has asked and Obama has answered regarding Fast & Furious, the IRS/Tea Party scandal, and Benghazi COMBINED over five years?  Christie took questions for so long at his press conference that some members of the press had to slip out of the room to go pee! 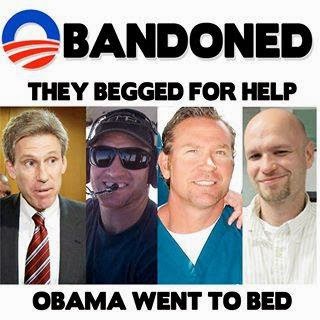 Is that the mainstream media's definition of Fair and Balanced?

WHY MICHELLE GOT THE LONG VACATION.... 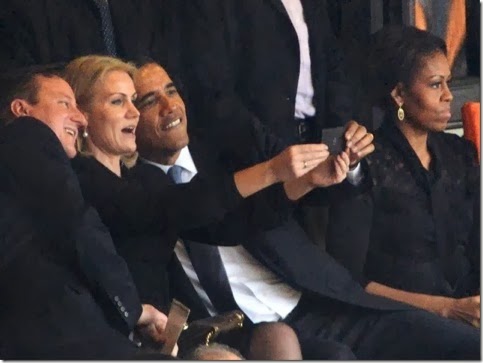 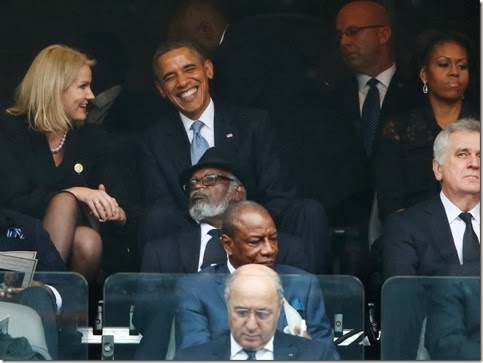 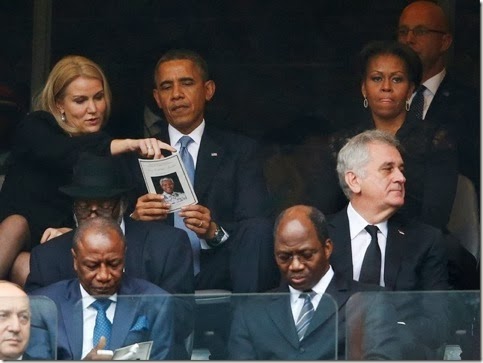 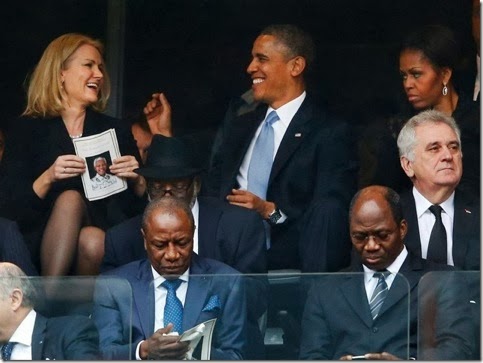 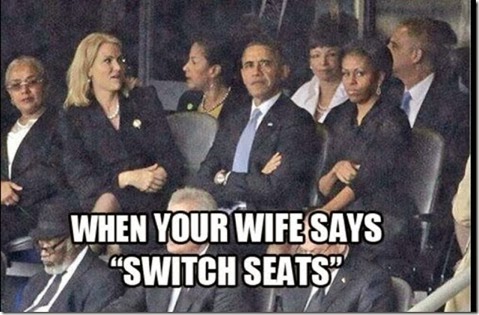 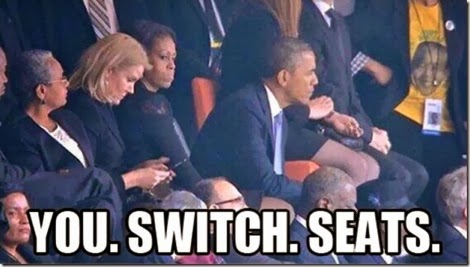 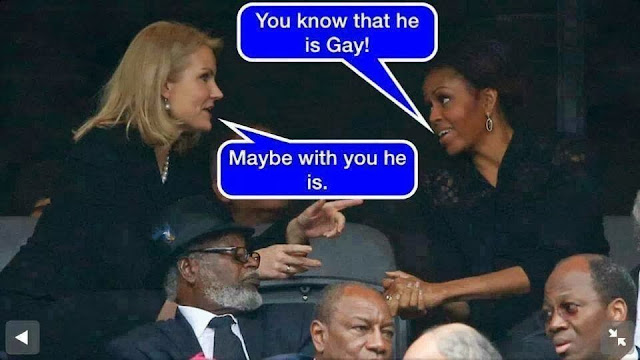 What I HAVE HEARD, is that when it's time to come home.... an EMPTY Air Force jet plane will fly to Hawaii to collect the queen and two of the ladies-in-waiting (I'm assuming O and Gayle will stay behind) at a cost of only $800K to the American taxpayers.  That's just shy of a million dollars for you non-math majors.

Did anyone notice that Obama's first press comments upon HIS return from a 17-day holiday at our expense, had to do with the rich getting richer and the poor getting poorer?

What a flaming piece of shit he is!  The man is such a mega-egomaniac - HE SEES NO DICHOTOMY BETWEEN THIS BEHAVIOR AND HIS WORDS!
at January 06, 2014 1 comment:

Listening to all the talking heads discussing Obamacare and it's implementation, I have a suggestion for the Democrats that would be a win-win come November.

Moving right along.....I propose - in addition to the mandatory free birth control, the insurance companies (who, as I've said above, Obama believes are 'not-for-profit' organizations) be directed to provide free male enhancement (Erectile Dysfunction) drugs.  Seriously - if a 50-year old man has to have pre-natal and pediatric care as required by all Obamacare policies, that same male should get free 'pecker-wood' drugs as well!  I ask you - doesn't this seem FAIR???  The left is all about FAIRNESS.....

As an added bonus, it would also give older males a reason to vote Democratic!  After all - it's all about those gub'ment freebies!
at January 02, 2014 1 comment: