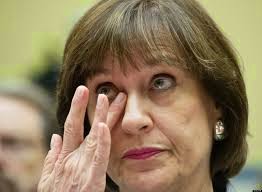 And here's you an early Christmas gift because I'm betting you are pooping in your pants! 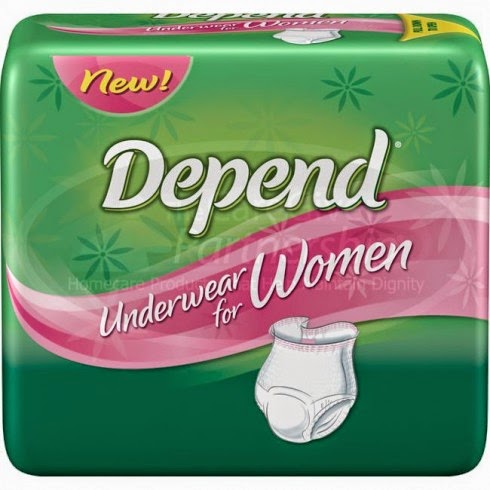 WHO IS COMPLICIT IN HELPING OBAMA PUT A TORCH TO THE CONSTITUTION???

Tonight at 8:00 eastern, King Barack will announce his 'executive authority' and plan to destroy the Constitution of the United states of America.  And to quote media star Jonathan Gruber.... the 'stupid American voter' will be totally unaware, because Obama's announced intentions will only be covered on the Spanish speaking networks.... and on FOX NEWS, of course.

Tonight, Obama will make history BY USURPING THE POWER OF CONGRESS AND WRITING LAW ALL BY HIMSELF!

And only a few people will SEE THIS and/or give a shit!

To the Republicans:  Make a note that your lack of gonads makes YOU complicit in Obama's illegal act of granting amnesty.  YOU WERE ELECTED TO STOP OBAMA!!!  You are all a bunch of pathetic, nutless, greedy fucks!

To the mainstream news media:  Our forefathers DIED so that YOU would be free to protect 'We The People' FROM government.  You have abdicated your obligation for your pathetic ideology. Thanks to you, English speaking Americans WILL NOT even frigging KNOW what Obama does tonight!!!  YOU SUCK..... every single one of you - YOU SUCK!

To the President of the United States:  YOU, you Muslim pretender to the throne, actually took an OATH to enforce the law..... and that includes laws YOU DON'T LIKE!  You deserve to be in JAIL.... (I prefer you UNDER the jail, but that's not my decision!)  You are the worst excuse for a 'Constitutional Scholar' to ever draw breath....

And to the Supreme Court of the United States:  YOU..... can stop this bastard in the White House.  Read up on 'sua sponte'....  JUST DO IT!

SCREW EVERY SINGLE ONE OF YOU!

WHO DO YOU TRUST?

Who DO you trust?  Jonathan Gruber, who is all over YouTube talking about stupid American voters and how he and the Obama administration laughingly pulled the wool over everyone's eyes......


Or Barack Hussein Obama, who only finds out about HIS ADMINISTRATION'S scandals when he hears them on the evening news.....???


During a news conference in Brisbane, Australia, Obama was asked by reporter Ed Henry of Fox News: “At your Burma townhall a couple of days ago, you tried to inspire young leaders by saying, ‘governments need to be held accountable, need to be responsive to the people.’ I wonder how you square that with your former adviser, Jonathan Gruber claiming you were not transparent about the health law because in his words the American people, the voters are stupid. Did you mislead Americans about the taxes, about keeping your plan in order to get the bill passed?”“No, I did not,” Obama responded. “I just heard about this***. I get well-briefed before I come out here. The fact that some adviser who never worked on our staff expressed an opinion that I completely disagree with in terms of the voters, is no reflection on the actual process that was run.”

And if you missed all the Gruber SHIT about the stupidity of the American voter, please go to my prior post - linked below - AND LISTEN TO THE VIDEOS!

I have one question.... to Chief Justice John Roberts:  ARE YOU ONE OF THE STUPID AMERICANS JONATHAN GRUBER REFERS TO IN THESE VIDEOS?

YOU, MR. ROBERTS, WERE THE SINGLE PERSON IN THE UNITED STATES WHO COULD HAVE ENDED THIS DEBACLE CALLED OBAMACARE!!  Instead - YOU went through contortions to GIVE US THIS KRAPPY ILLEGAL LAW!!!

The Constitution does NOT allow the federal government to force citizens to buy something, yet YOU found a way to make it so.

How do you sleep at night?  How HAVE you slept at night for the last three years, knowing WHAT you allowed these lying bastards in the Obama administration do to the citizens of this nation.  It was all a lie!  EVERY DAMN STATEMENT OBAMA MADE WAS A LIE and YOU gave him your tie-breaking blessing!

Poor, stupid Americans!  And YOU, Justice Roberts, are the stupidest of all!  Think about THAT when you lay down to sleep at night!  Obama and his gang of liars played you for a fool - played you like a cheap pianola!  Sucks to be you!

Listen to the 'architect' of Obamacare calling the American people too stupid to know what the Obama administration was doing to the best health care delivery system in the world!  DO YOU FEEL STUPID, MR. ROBERTS?  You should....

P.S.  THIS IS THE SMOKING GUN THE MAINSTREAM MEDIA HAS IGNORED!  Again -  they are covering Obama's lying P.O.S. ass - YOU WILL NOT SEE A WORD ABOUT THIS TRAVESTY ON THE LEFTWING MEDIA..... WAKE THE HELL UP, AMERICA!  BEFORE IT'S TOO LATE!


Jonathan Gruber [author of Obamacare and Romneycare] called Americans 'too stupid' to know what Obamacare would 'do' - not on one occasion but three times!!!  He claims he misspoke!  YA THINK!?


Gruber brags on being in the White House WITH OBAMA PRESENT when they dreamed up the Cadillac tax.... 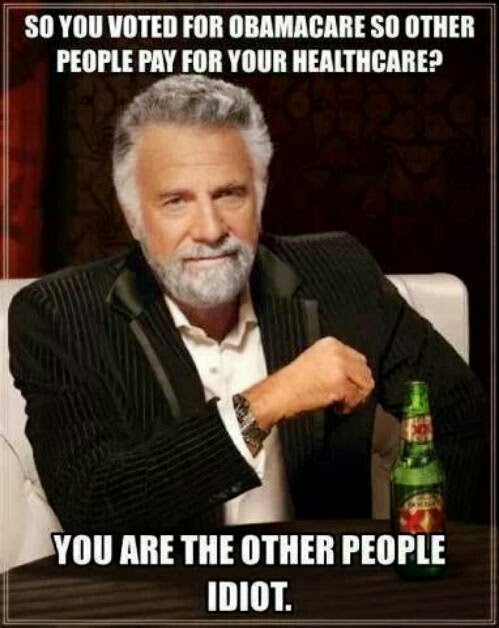 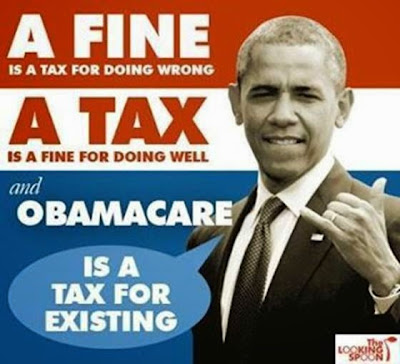 11/14/14..... yet another video of Gruber boasting that Massachusetts, via Ted Kennedy - was able to soak the federal government to subsidise Romneycare - Gruber loves screwing stupid Americans in the name of Socialism.....GRUBER - THE GIFT THAT KEEPS ON GIVING! 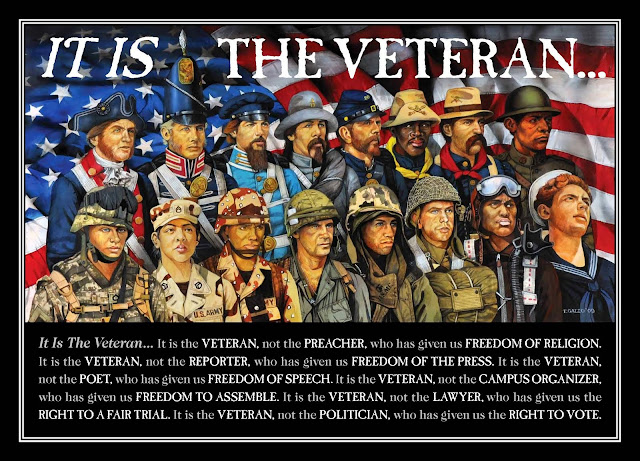 Email ThisBlogThis!Share to TwitterShare to FacebookShare to Pinterest
Labels: it's the beteran, veterans

HONESTY IN A JOB INTERVIEW 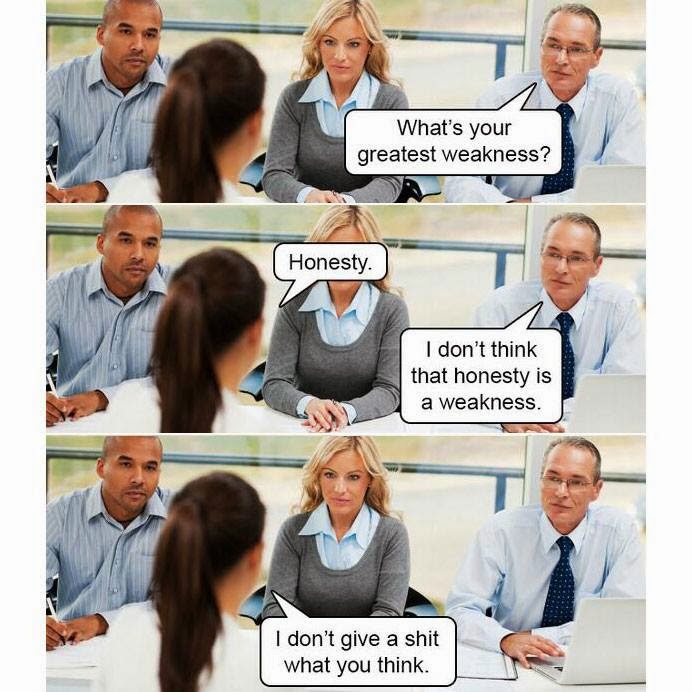 Email ThisBlogThis!Share to TwitterShare to FacebookShare to Pinterest
Labels: honesty

NEW LEADERSHIP IN THE HOUSE AND SENATE?

I can work with this! 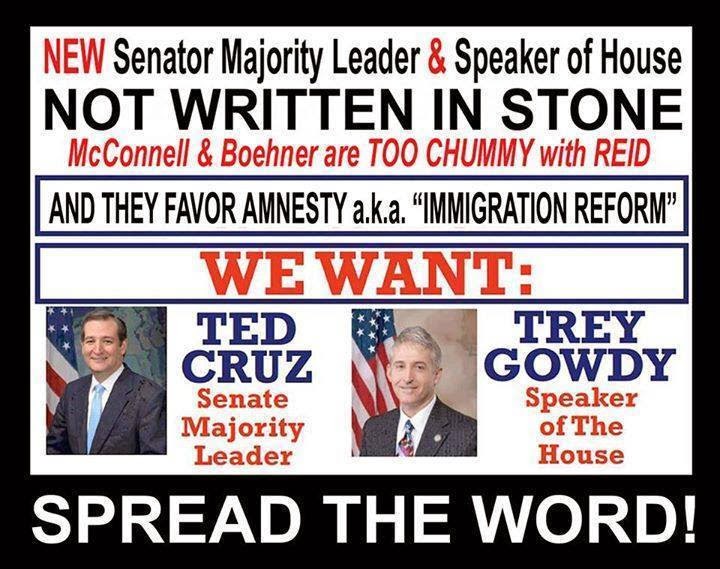 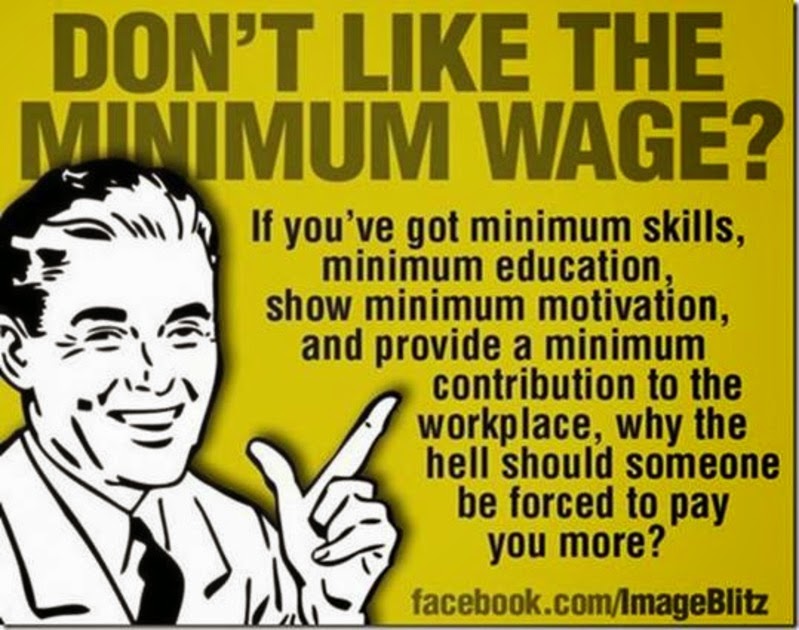 Watch the evolution of an MSNBC meltdown...


This is probably the funniest summation of how it sucks to be a Democrat this week..... five videos as the night drags on and the news gets worse...

THE REPUBLICAN MANDATE:  America voted overwhelmingly to STOP BARACK OBAMA – NOT WORK WITH HIM OR THE DEMOCRATS‼‼ 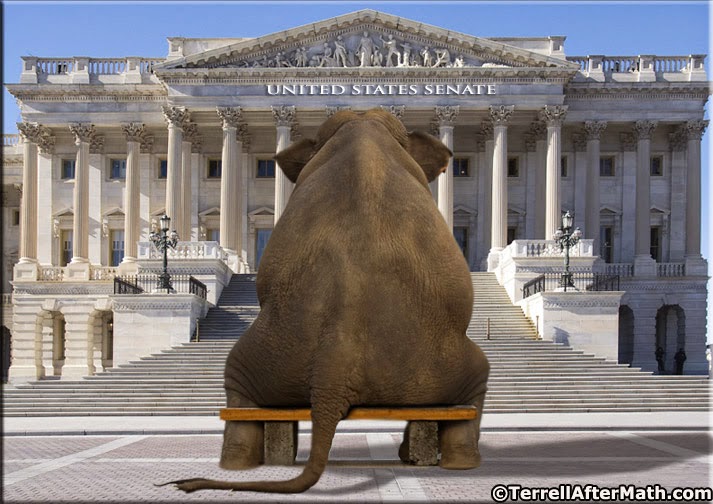 It is rare that a political party running for office in a midterm election not standing for anything ends up with a mandate, and they [The Republicans] have one, and it is the biggest and perhaps the most important mandate a political party has had in the recent era, and it is very simple what that mandate is. It is to stop Barack Obama. It is to stop the Democrats. There is no other reason why Republicans were elected yesterday. Republicans were not elected to govern….

And my addition:  The Senate should NOT reverse the rules that Harry Reid created to keep the Republicans from having any input in legislation.  Let the bastards have a taste of their own soup!

READ THE TRUTH AT THE LINK BELOW!

HOW TO STOP VOTER FRAUD IN ITS TRACKS

ANYONE.... caught voting illegally gets a $1000 fine AND is forever barred from ANY GOVERNMENT ASSISTANCE AT ANY LEVEL - FEDERAL, STATE AND LOCAL.

THINGS TO REMEMBER BEFORE YOU VOTE... 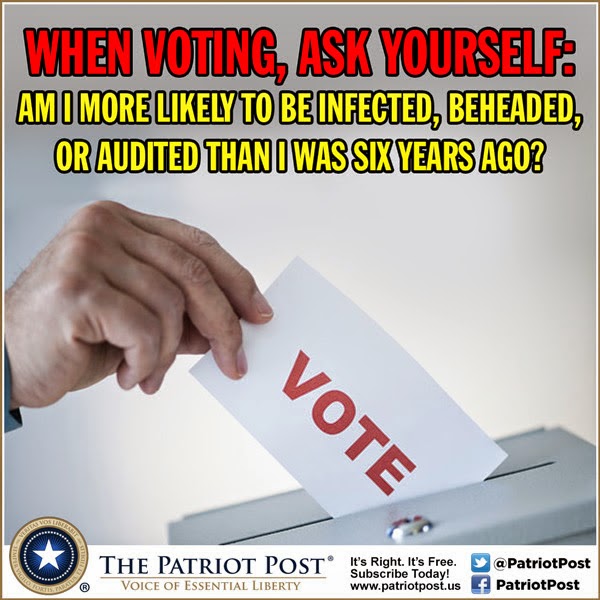 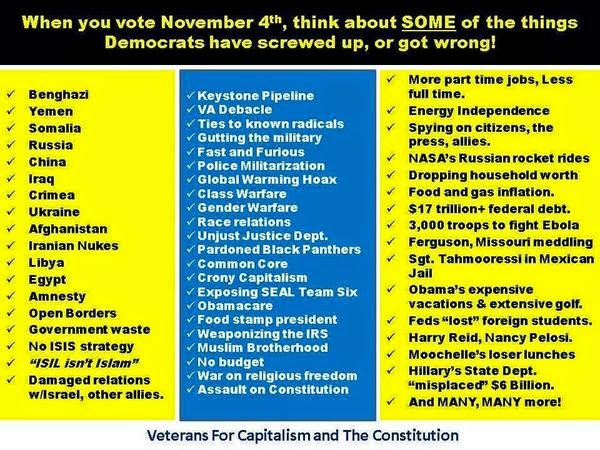 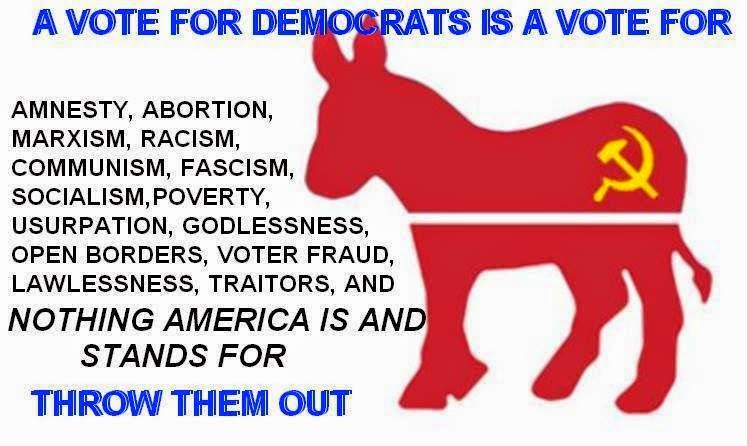 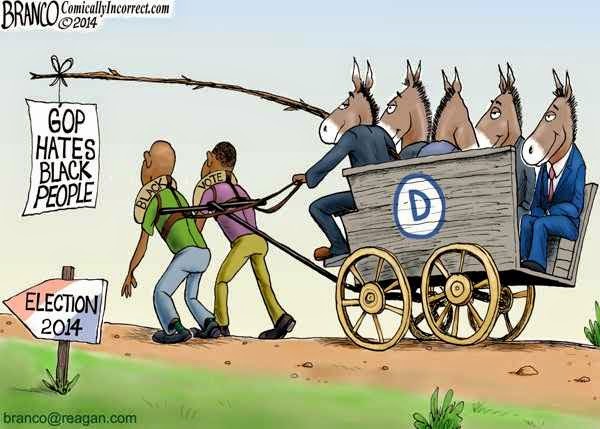