I am a member of a private group on FaceBook.  It's highly charged and highly political, with the majority of members being Conservative.  It also has a side of humor.

Today I posted the following picture, which in my mind says all we need to know about the government coming for our guns.

Apparently someone in the group took exception to this and reported it to FaceBook.  I got a message that it was about to be removed, and likely ME with it. 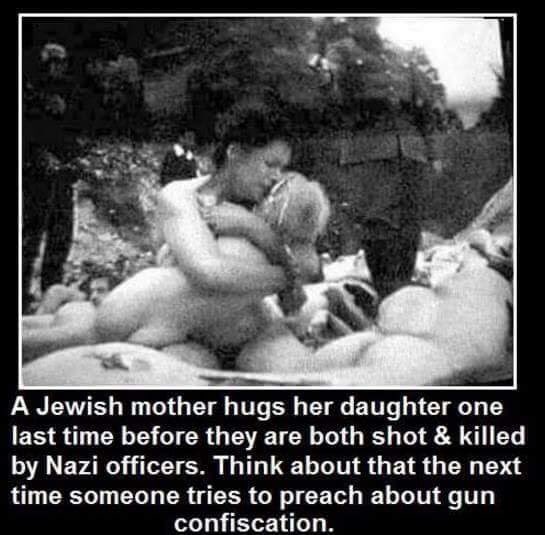 This tells me two things:
1) This coward is totally ignorant of history and 2) this coward is just plain ignorant.   He/she didn't have the balls to tell ME the picture was offensive and engage in an open discussion ABOUT the history this picture represents.

What OFFENDS ME is over 6,000,000 Jews being slaughtered by their GOVERNMENT like the woman and her child in this picture.

It also offends me that our country is headed for the same fate because the left-wing fruitcakes are hell bent on taking away the 2nd Amendment.

And what offends ME most of all is that our government is brainwashing our kids in tax-payer funded schools - pushing Socialism and Communism to these kids! 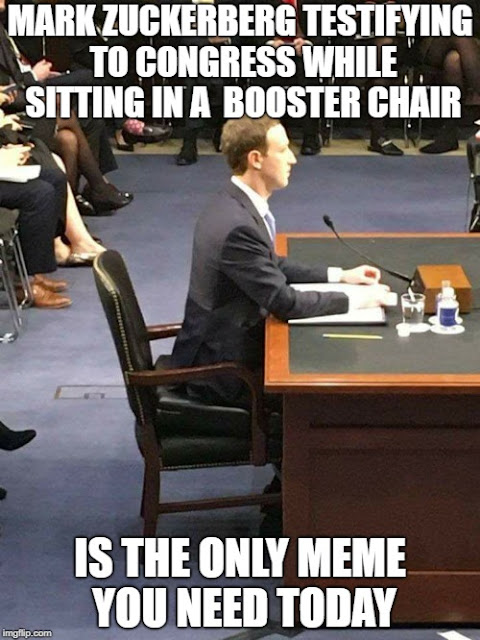 This just two days after little Mark Zuckerberg appeared before the House and the Senate (and in neither instance was the owner of FaceBook placed under oath) to discuss censoring Conservative posts.

Color me impressed!
UPDATE:  I HAD been on Facebook since 2007.  I was suspended for 7 days for something I wrote in this PRIVATE GROUP... and then two weeks later I was suspended for 30 days.  As a Conservative, I was being tagged by Zuckerfuck and his fact-checkers as 'unwanted'... Two days into my 30 day suspension, I deleted my account.  It was the most REFRESHING feeling I've ever had.
at April 12, 2018 10 comments: