ABC IS A MONTH LATE! GAG-GAG

ABC (does anyone really WATCH ABC?) has a holiday special tonight with the Muppets and Lady Gaga.

First of all - would any responsible parent let their child/children watch this woman?  Maybe she will wear her penis shoes! 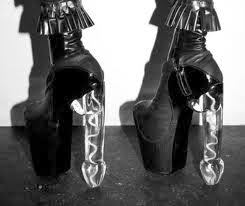 Secondly, someone needs to tell ABC that Halloween was LAST month!

[Ed. update:  Apparently this show was a Thanksgiving TURKEY,  and ABC is surprised??]

Below is the narrative posted on YouTube along with the video, also below, entitled:  Palin: 'Of Course There Are Death Panels' In Obamacare!


"Sarah Palin returned to Fox News' "business block" today to lend her special brand of acumen to a discussion about Obamacare and death panels. Despite the fact that her "death panels" accusation was rated "Lie of the Year" by PolitiFact, host Eric Bolling joined her in throwing truth out the window as she took what was laughably called "The Hot Seat" for softball questions and a pretense that she has been proven correct... " [Kyle Kulinski… left wing nut and apparently a talk show host - at least in his own mind]

This another video about poor, dumb Sarah Palin, that was posted this past August....

And this one, posted a year ago….

Hmmmmmm…… what have we HERE???


The Affordable Care Act contains provisions for "death panels," which decide which critically-ill patients receive care and which won't, according to Mark Halperin, senior political analyst for Time magazine.

OBAMAPHONE LADY - BEFORE AND AFTER

THIS SHOULD SEND A CHILL UP YOUR SPINE...

Nine senior commanding generals have been fired by the Obama administration this year, leading to speculation by active and retired members of the military that a purge of its commanders is underway.

Rep. Louie Gohmert (R-TX) recently (11/12/2013) repeated a (debunked by factcheck.org) conspiracy theory that President Barack Obama was deploying a “secret security force” as part of the health care reform law, but he wasn’t sure if they were being trained with weapons or syringes.

In a Friday interview, Christian radio host Janet Mefferd told the Texas congressman that the evidence of President Barack Obama creating a civilian security force and hoarding ammunition was adding up.

Gohmert agreed that “Obamacare wasn’t just about health care” and pointed to a section of the Affordable Care Act that created the Ready Reserve Corps to “assist full-time Commissioned Corps personnel to meet both routine public health and emergency response missions.”

Remember all those firearms and AMMUNITION HHS was stockpiling a couple of years ago?  Is anyone still having trouble buying ammo?

Read the full article at the link below..... and then go read Rise and Fall of the Third Reich...

http://www.rawstory.com/rs/2013/11/12/gohmert-isnt-sure-if-obamacares-secret-security-force-will-use-weapons-or-syringes/
at November 19, 2013 No comments:

This Volvo ad is all over the news - questioning whether it's real or 'photoshopped'.

My guess is it's totally real.... and Van Damme started out in the split position and as the TRUCKS ROLLED FORWARD THEN  HE CLOSED HIS LEGS RATHER THAN SPREAD THEM!   Then the film was run in reverse, which made the split appear to be happening!  GREAT PHOTOGRAPHY!

Watch carefully - the trucks are going backwards.............the film is running in reverse

Fast forward to mid-November, 2013:  As Obamacare crumbles, and as the president’s poll numbers collapse, elected Democrats who are running for re-election NEXT November started running around like chickens with their heads cut off, squawking about how many people are having their health insurance cancelled under Obamacare.

Now she is authoring a bill that WILL ALLOW YOU TO KEEP YOUR HEALTH INSURANCE AND YOUR DOCTORS.  Yaaaay – she’s gonna fix this mess.

What everyone needs to know is – this woman is as much of a liar as Obama is!

The Bill was 2,000 pages and I didn’t realize this until this week, the whole idea of you losing or getting your insurance cancelled wasn’t in the original Obamacare. It was a regulation WRITTEN BY PRESIDENT OBAMA, three months later.

The Republicans had a vote to try to cancel that regulation so you COULDN’T [have your insurance] CANCELLED, to grandfather everybody in.

You know what the vote was? Straight party line.

“EVERY DEMOCRAT VOTED TO KEEP THE RULE THAT CANCELS YOUR INSURANCE.”

This needs to be broadcast far and wide!  Any Democrat who said they were in favor of you keeping your insurance if you liked it is a liar!

EVERY SINGLE DEMOCRAT VOTED SEPARATELY ON THIS ONE ISSUE THREE MONTHS AFTER OBAMA SIGNED THE ACA!  AND THEY VOTED FOR YOU TO LOSE YOUR INSURANCE‼‼

UPDATE:  if you are unable to view the Rand Paul video, please google:

Rand Paul The Charleston Meeting..... and watch the video there.... seems I have an FBI virus on my computer!  HAHAHAHA!

WOULD SOMEONE PLEASE TELL THE REPUBLICANS.....

When your enemy is drowning in a mess of his own making - DO NOT THROW HIM/THEM A LIFELINE.  Just get out of the way and STFU.

Obamacare is a DISASTER!  Not a single Republican voted for it!  The Democrats OWN IT!  The president LIED REPEATEDLY about it and he has been caught lying.

The ACA is the LAW!  People are losing their health insurance because THE LAW WAS DESIGNED SO THAT THEY WOULD!

Why on earth would the Republicans, after being excoriated for shutting down the government trying to DELAY this mess, EVER join with a single Democrat to STOP THE DISASTER.  They will never get credit for trying to help.  Any credit for fixes or delays will go to Obama and the Democrats.  And any chance the Republicans HAD to regain the Senate next November will go right down the krapper.

This is NOT a Republican mess.  BACK AWAY OR YOU WILL BE BURNED BEYOND RECOGNITION!

The Democrats OWN THIS.... LOCK, STOCK AND BARACK! 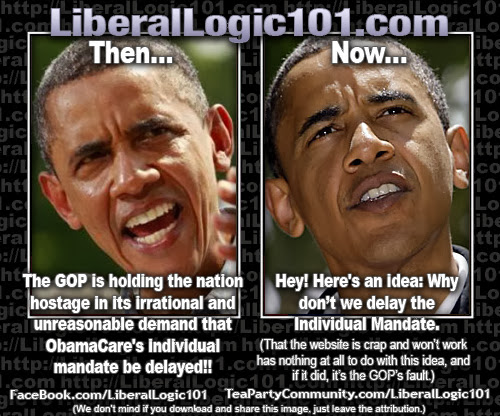 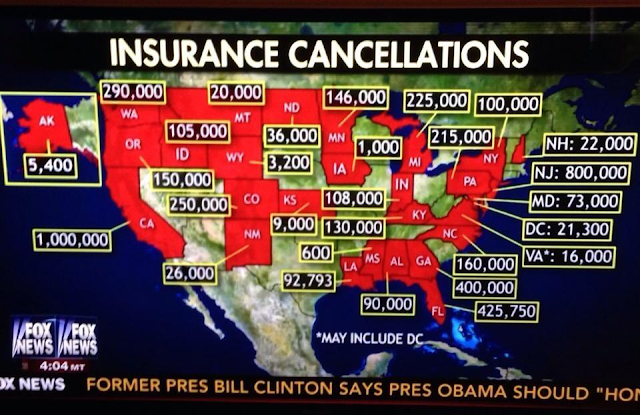 Joe Biden to Barack Obama on the day Obama signed the PP&ACA:  "This is a big fucking deal" [open mic] 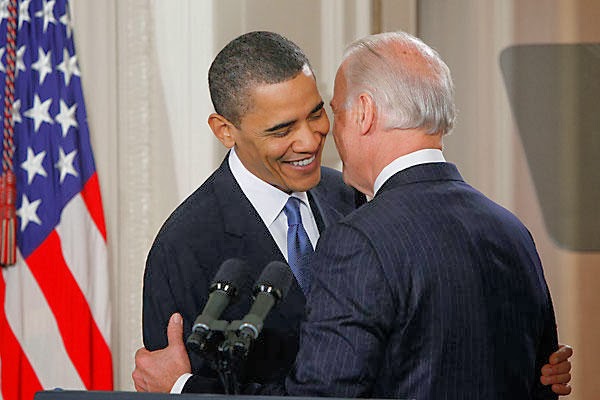 TIME TO CALL A SPADE A SPADE!

BARACK OBAMA IS A LIAR.  PERIOD.  A PATHOLOGICAL LIAR.

It’s time to stop beating around the bush and call his dishonesty exactly what it is – LYING.

I’m so tired of the press saying ‘he misspoke’….. or he was ‘less than genuous’, or he was disingenuous.  He is not ‘less than forthright.  He did NOT ‘mislead’.

He is a liar!  He doesn’t ‘equivocate’…… or prevaricate.  He outright LIES!  He looks into the camera (or teleprompter) and he LIES to suit his situation.  All of these kinder and gentler synonyms are meant to confuse and subvert the truth about this man, but the fact remains .... he is a common everyday variety liar.

Accept it…. He lied, and he will do it again when the need arises.  It’s time to cut to the chase….. no whining apology will ever undo the damage his lies have done to this country.


Barack Obama is a liar.  THAT should be added to the list below...... 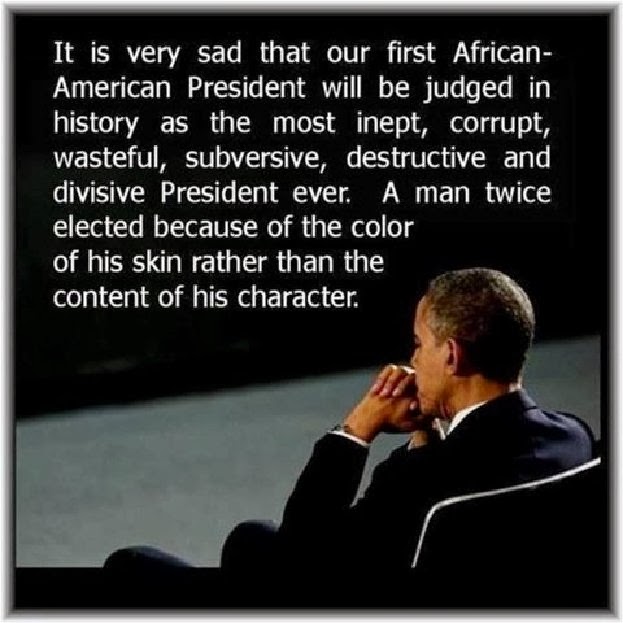 ON THE LIGHTER SIDE.... BEST COMMERCIAL IN FOREVER!

OBAMACARE..... THE GIFT THAT KEEPS ON GIVING

For three years Obama has travelled the country proclaiming ‘IF YOU LIKE YOUR CURRENT DOCTOR – YOU CAN KEEP YOUR DOCTOR – PERIOD.’

Then on Monday, READING FROM NOTES ON HIS PODIUM, [which tells me this man has no frigging idea what is in his own law] Obama said "Now, if you have or had one of these plans before the Affordable Care Act came into law and you really liked that plan, what we said was you can keep it if it hasn’t changed since the law passed…” – A BLATANT LIE.  Even the AP reporter who has covered Obama for five years, Julie Pace, said:

Yesterday, I passed an old strip mall on the highway that had a muffler shop and a check cashing store in it, among other things.  The end space was an office, and out front was a plastic banner by the road, hanging from a pair of wooden stakes that said:

Seriously?  I wouldn’t have gone in a single ONE of those businesses for ANYTHING.  But that’s just me.

However, the latest pearl from the ACA has to do with these ‘navigators’ – people in ‘brick and mortar’ locations where people can go and work face to face to get assistance on signing up for Obamacare.

THERE IS NO BACKGROUND CHECK ON THESE PEOPLE!  HELLOOOOOOOOO!


And now it’s been discovered that…… some of these navigators…. are felons!  OMG!  Say it ain’t so!  Clueless Americans are walking into the equivalent of a loan shark’s office and voluntarily giving a COMPLETE STRANGER all of their personal information.  [My apologies to all loan sharks].

I knew America was being dumbed down, but this is genuine insanity.

This former Obama bodyguard warns of the nation getting lost in the 'scandal fog' of this administration.


Dan Bongino has protected numerous Presidents over his career, including President Obama. He has been within ear-shot of many a discussion in the Oval Office, but up until this administration has stayed out of the lime light. Apparently, however, the activities of this administration are so abhorrent that he could no longer keep quiet.

PLEASE PASS THIS ALONG.....

GREAT COVER - SAYS IT ALL! 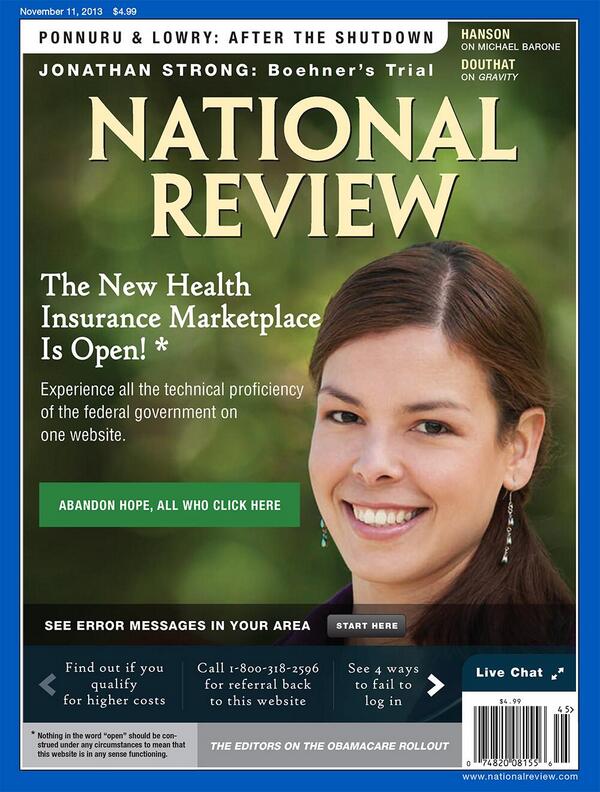 A WOMAN'S RIGHT TO CHOOSE

The left screams about 'a woman's right to choose' and hammers Republicans as hating women.

Consider this.... A 50-year old woman who has had a hysterectomy cannot keep her current health insurance because under Obamacare, her policy is considered substandard because is does not cover abortions, maternity care or methods of birth control. (I forgot to mention she can now has REQUIRED prostate exam coverage)

There ya go, ladies.  Obamacare is terminating our right to choose.... just follow the money... and remember - Obamacare was passed without a single Republican vote, and it has been the Republicans who have been excoriated by the president and the media for trying to stop what a DEMOCRAT AUTHOR OF THE ACA PUBLICALLY CALLED A 'TRAIN WRECK'.  (That would be Max Baucus, D-MT)

Now who loves ya?

BTW - women will also be covered for gender reassignment surgery, if you think you've lost your right to choose - ya may wanna become a guy!
at November 03, 2013 1 comment: