I received this in an email - sadly I do NOT know the origin, but the commentary is true.

Time is like a river. You cannot touch the water twice, because the flow that has passed will never pass again. Franklin Graham was speaking at the First Baptist Church in Jacksonville , Florida , when he said America will not come back. He wrote:

The American Dream Has Ended

The first term of Joe Biden has been the final nail in the coffin for the legacy of the white Christian males who discovered, explored, pioneered, settled and developed the greatest republic in the history of mankind.

You will never again out-vote these people. It will take individual acts of defiance and massive displays of civil disobedience to get back the rights we have allowed them to take away. It will take zealots, not moderates and shy, not reach-across-the-aisle RINOs (Republicans In Name Only) to right this ship and restore our beloved country to its former status.

People like me are completely politically irrelevant, and I will probably never again be able to legally comment on or concern myself with the aforementioned coalition which has surrendered our culture, our heritage and our traditions without a shot being fired.

The Cocker spaniel is off the front porch, the pit bull is in the back yard, the American Constitution has been replaced with Saul Alinsky’s “Rules for Radicals” and the likes of Chicago shyster David Axelrod along with international socialist George Soros have been pulling the strings on their beige puppet and have brought us Act 2 of the New World Order.

The curtain will come down but the damage has been done, the story has been told.

Those who come after us will once again have to risk their lives, their fortunes and their sacred honor to bring back the Republic that this generation has timidly frittered away due to white guilt and political correctness..”

If you have the guts, please pass it on. You bet I do and just did….

IN GOD WE TRUST 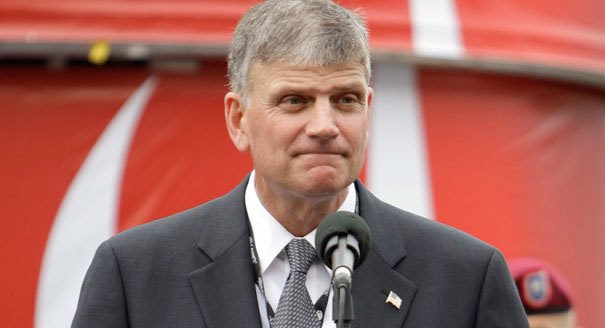 FROM OUR IDIOT VICE PRESIDENT....KAMALA HARRIS (revised by this STILL ANGRY AUTHOR 3/29/2021)

I have never EVER been angrier at anything a fucking politician said until I read this garbage from our vice-president Kamala Harris!!!

This Kamaltoe POS needs to mind her own business! For YEARS AND YEARS AND YEARS Veterans' Hospitals were unfit for human existence, the wait to get IN lasted so long that often the veteran would die and never be cared for.

DONALD TRUMP put the Veterans' facilities high on his list of things to FIX, and HE FIXED THE VA! Now this two-faced bitch wants to end care for our veterans????**

KAMALTOE SHOULD STFU AND STOP TALKING ABOUT SOMETHING SHE KNOWS NOTHING ABOUT!!!!

We have MILITARY HOSPITALS for our military men and women who serve this country here and abroad - in times of peace and times of war!!!  They often return wounded, sick, missing limbs and scarred beyond belief, both physically and emotionally.  Where would this bitch have them go?  Dumb as the sack of shit SHE IS - she needs to take care of  things and people she knows something about - like her boss! 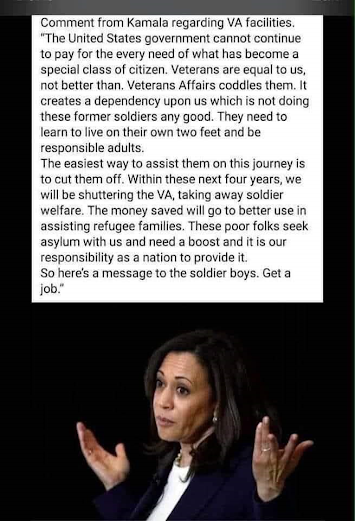